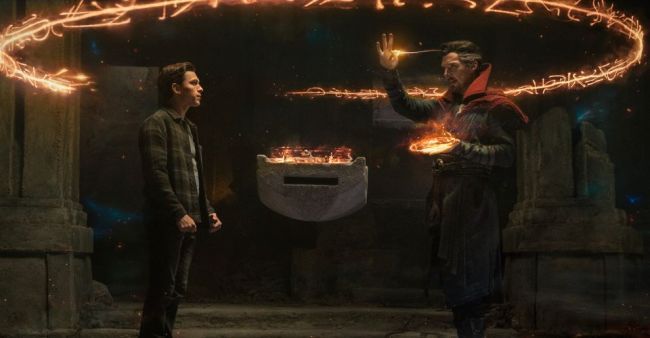 Despite having yet to actually appear in Phase 4, Benedict Cumberbatch’s Doctor Strange is arguably the most important character when it comes to the immediate future of the Marvel Cinematic Universe as the franchise heads into its multiversal era.

Ever since Scarlet Witch decided to create a new reality in the New Jersey suburbs in WandaVision, Marvel fans have been wondering where the Sorcerer Supreme is and why he isn’t doing his job of protecting reality, and based on the trailer for Spider-Man: No Way Home, answers to those questions could be right around the corner.

Given Strange’s appearance in the upcoming third Spider-Man movie, the events of that film will naturally carry over into Doctor Strange in the Multiverse of Madness, and as a result, will create what Cumberbatch considers to be the “most ambitious” standalone superhero movies of all time.

Cumberbatch even spills a little bit of tea about Spider-Man: No Way Home and responds to Holland’s comments on a previous episode of the Awards Circuit Podcast, where he said, “I think this is the most ambitious standalone superhero film ever made.”

Naturally, Cumberbatch has a swift response, “until Doctor Strange 2 comes out,” throwing down the gauntlet for the next phase of Marvel. [via Variety]

Spider-Man: No Way Home is just months away from being released, as the film is set to hit theaters in the United States on Friday, December 17. As for Doctor Strange in the Multiverse of Madness, the Sam Raimi-directed project is set to be released on March 25, 2022.