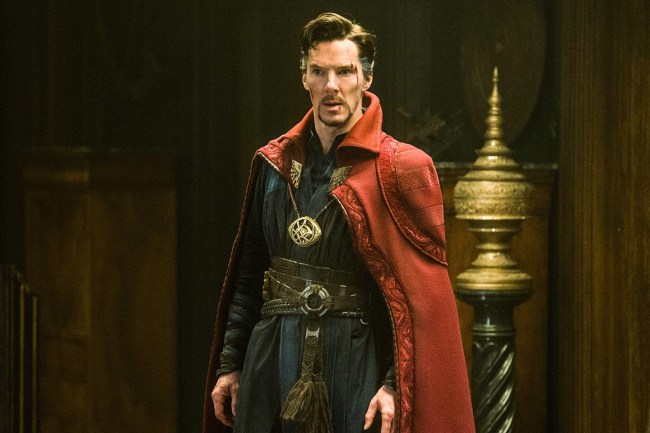 Finally, now is my chance: I’ve had a semi hot-take about Doctor Strange in the Marvel Cinematic Universe that I’ve been dying to get off, and now’s my chance. Does it warrant its own article? Perhaps, one day. But as the disgusting Bill O’Reilly once said, “fuck it, we’ll do it live!”.

Ready for it? Here it is: Doctor Strange is the Most Valuable Player of the Avengers over the course of the Infinity Saga. So, similar to the story itself, let’s start with Avengers: Infinity War.

Who unites the squad? Doctor Strange. Bruce Banner crashes through his ceiling and no more than 20 minutes later, he’s cutting a doorway through the space-time-continuum to interrupt Tony Stark as he opines about wanting to put a baby in Gweneth Paltrow (frankly, who blames him?). Not only does he check Tony’s ego, but he talks him into calling Steve Rodgers.

When Ebony Maw shows up, who does he address? Doc. While I’ve never been involved in intergalactic superpowered warfare, I’ve got to imagine that the “game recognize game” credo applies to the cosmos as well.

Now, this is the point where the haters and losers will point to the fact that Doctor Strange ultimately gets captured by Maw, which, objectively, is less than ideal. Granted, he’s sworn an oath, but his unwillingness to deviate from the Time Stone even if it was for the greater benefit can be boiled down to nothing than stubbornness, fair play. But after he’s rescued from the verge of endless torture from Tony and Spider-Man, it’s Doctor Strange who leads the fight against Thanos, as he’s the one who confronts the Mad Titan as he returns to his former home. Doctor Strange — along with Iron Man, sort of — is the only one truly capable of giving Thanos a run for his money when said epic battle does unfold. And while the Avengers ultimately fail in that battle, it’s through Doctor Strange’s plan that they’re able to win the grander war. And that’s what makes him the MVP.

While shooting in Manhattan right in front of a comic book store, I spontaneously suggested to Benedict that he go inside and he agreed. pic.twitter.com/ge2DcqWpu1