Now Is The Perfect Time To Try These Home Brewing Kits 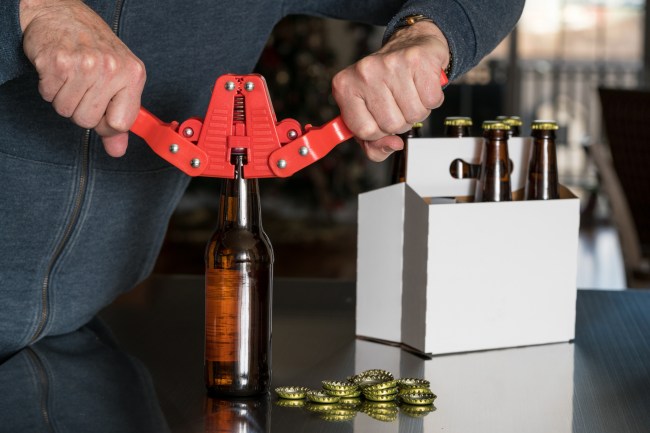 It has been said that there will come a day when the world as we know it comes to an end, forcing dumb-dumb humans back to a time when they must either be self-sufficient or get eaten alive. Well, in case you’ve been too busy getting stoned and streaming online concerts from artists that would have never been seen or heard of if not for technology, civilization is about as close to being flushed down the proverbial crapper as it has been in over one hundred years. To say that we are now faced with immense adversity, well, that would be the understatement of a lifetime.

We have been stripped of basic privileges and forced back inside while this spinning rock we have called home since popping out of the great vagina in the sky is left to rot all around us. The government has tried to soften the blow, spewing all sorts of ridiculous rhetoric that suggests that everything will be hunky-dory in a matter of weeks, but these soul suckers are just spewing nonsense. We are not trying to be pessimistic here, but it could be some time before the human condition is beating at a healthy pulse once again. So get in those pushups this morning, fellas, it’s the survival of the fittest from here on out.

I thought about this over the weekend, while hanging out at my apartment on the couch instead of working on the novel I’ve been plugging away at for the past couple of years. “What’s the fucking point,” I thought. “We’re all going to die anyway.” This overwhelming sense of doom and dread was only made worse by the thought that long before some scandalous bug carts me off into the great beyond, I could be forced into sobriety by politicians. You see, some states, like Pennsylvania, have decided that closing down the liquor stores is what it’s going to take to keep people from getting nailed to the cross by this beast. Although other jurisdictions are doing their best to keep the liquor flowing, it is possible that we could see more closings in the future, as dipshit officials keep searching for last-ditch effort to save the population from extinction.

It occurred to me that we could soon find ourselves without civilized sources from which to procure those all-important juices of inebriation. Honestly, I’m terrified by the possibility. I feel like if we don’t conjure up a plan B for getting those daily doses of drunkenness we’ll soon be forced into some sort of doomsday rehab. As far as I’m concerned, we should learn how to brew beer from the kitchen, ensuring there is always a large surplus of it on hand just in case those bastards toss us on the wagon. After some extensive research, I found the following brew kits were the best way to get started. Not only are these three kits affordable, but any idiot can use them.

Northern Brewer: One of the biggest problems that most people run into when trying to make homebrew is collecting all the right equipment to do it properly. Northern Brewer’s kit knocks all of the guesswork out of the equation. It has everything a person needs to brew up 5 gallons of beer (50 twelve-ounce bottles) right out of the gate: It comes with a recipe (your choice of either Hank’s Hefeweizen, Block Party Amber, or Chinook IPA) 6.5-gallon fermenter with a spigot, lid and bubbler airlock, bottling bucket with spigot assembly, bottle filler, 5-gallon stainless brew kettle, 21″ stainless spoon, 5-foot siphon tubing, cleaner/sanitizer, fermenter’s favorites oxygen wash, bottle brush, royal crown bottle capper and caps. This all-inclusive kit, which is one of the highest-rated on the market, starts at under $100. It comes with printed instructions and provides the user with access to online videos to help them through the entire process.

Mr. Beer: Another solid kit that comes with everything a beginning brew hound needs to stock up is this one. What makes it a solid choice is it doesn’t require any large pots and fancy pants brewing equipment. Just pull out a few basic kitchen utensils and get the first batch going in about 30-minutes. “Mix it in water to create your wort and then add your yeast and let it sit,” according to the website. This kit brews 2-gallons (various flavors) that can be ready to drink in around 14 days. Bottles are also included. What’s even better is it can be had for just $50 (some kits are even cheaper).

Brooklyn Beer Shop: For the dude not trying to stock apocalyptic quantities, this kit still has everything he needs to make a gallon of beer — around 10 twelve ounce bottles. There are several flavors available – Afternoon Wheat, Bruxelles Blonde, Chestnut Brown Ale, Chocolate Maple Porter, Everyday IPA, and Jalapeno Saison. The only downfall to this kit is it doesn’t come with a few essentials. But those items – pot, strainer and funnel — can be easily found in most kitchens. Take a look around, you’ll be surprised what you have in there. The kit starts at around $40, making it one of the most affordable on the market. The company also provides free shipping.

For the record, bottles are not typically included with most brew kits, but they can be found on Amazon.

Now, just hunker down, enjoy some of that sudsy kitchen hooch and wait for the zombies to start taking over the streets. Let’s hope you made a strong enough batch to numb out the fact that we’ve all been damned to Hell.