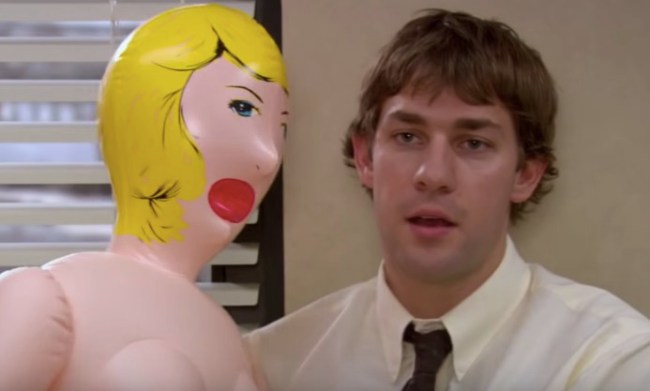 NBC’s The Office has been off the air since the Summer of 2013 when they ended the show after 9 seasons. The show started as an American adaption of The Office (UK) starring Ricky Gervais but that version only ran for 3 seasons while the Americanized adaption ran for nearly a decade and went on to be considered by many as one of the greatest TV comedies in history.

How do you even begin to describe Jim Halpert (played by John Krasinski) in a couple of sentences? He started as a gangly salesman with a crush on the receptionist and ended up fulfilling all of his dreams in 9 seasons. He got the girl, house, family, and job. And he annoyed the shit out of Dwight along the way while forging a lifelong friendship.

NBC’s official YouTube channel for The Office US dropped this supercut over the weekend showing ‘The Best of Jim’ and if you’re a fan of The Office then it would be criminal to start your week without watching this first:

I’ve recently been going back to watch old episodes of The Office and I’d really forgotten how good the early seasons were. The wheels kind of came off towards the end, the last 2 or 3 seasons when Andy Bernard became an unhinged boss and Steve Carell had left the show. I’d still rank 30 Rock as the best NBC comedy of the past decade followed by Parks and Recreation, but The Office definitely reached a much broader audience and will be remembered by legions of fans for decades. It’s just so easily re-watchable, I can see it a show that’s shared by millennials with their kids, and passed on through the generations.