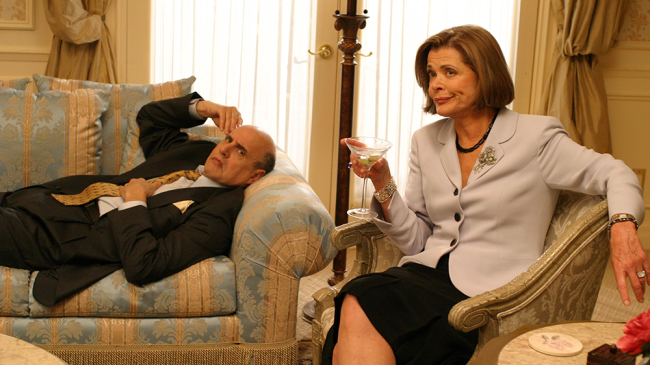 Emmy-winning actress Jessica Walter passed away in her sleep on Wednesday, March 24, at the age of 80-years-old, according to reports.

While you may not be familiar with the great Mrs. Walter by name, you’re certainly familiar with her work, as she starred as matriarch Lucile Bluth on Arrested Development since 2003.

Perhaps best known for her work as the vain and vapid Lucile Bluth or for voicing Malory Archer on FXX’s animated series Archer, Walter also won an Emmy Award in the 1970s for her work in Amy Prentiss, an Ironside spinoff about a young San Francisco police detective.

In celebration of her life and career, take a couple of moments to soak in some of her best Arrested Development moments, which saw Walter legitimately stand-out amongst a cast of comedic heavyweights. For her performance as the eldest Bluth, Walter was nominated for Outstanding Supporting Actress at the Emmy Awards in 2005.

Walter is survived by daughter Brooke Bowman — who is the SVP Drama Programming at Fox Entertainment — and her grandson Micah Heymann. Bowman released the following statement in light of her mother’s passing:

“It is with a heavy heart that I confirm the passing of my beloved mom Jessica. A working actor for over six decades, her greatest pleasure was bringing joy to others through her storytelling both on-screen and off. While her legacy will live on through her body of work, she will also be remembered by many for her wit, class and overall joie de vivre.”

Our thoughts are with Walter’s friends, family, and loved ones during this difficult time. May she rest in peace. And thank you for all the laughs.