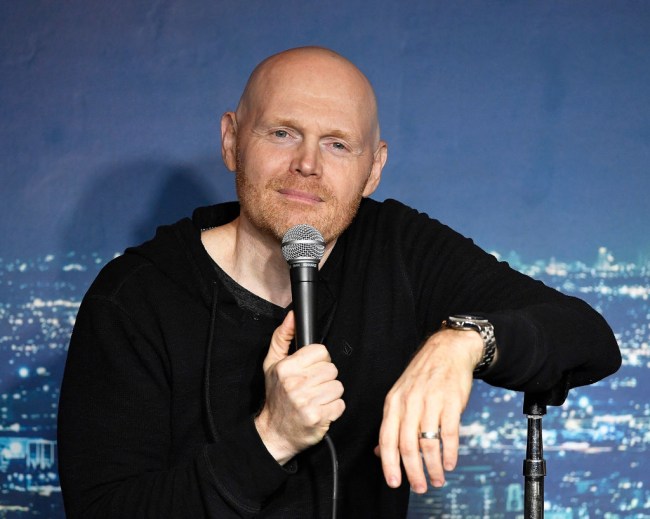 There have been national headlines about the recent hiring and firing of comedian Shane Gillis by Saturday Night Live. Even a presidential candidate has taken interest in the polarizing controversy. Comedy genius Bill Burr weighed in on the SNL firing and lampoons cancel culture.

Shane issued an apology: “I’m happy to apologize to anyone who’s actually offended by anything I’ve said.”

The apology would not be enough as the online “outrage” was apparently too much heat for NBC and they fired Shane on Monday.

“After talking with Shane Gillis, we have decided that he will not be joining SNL,” a spokesperson said in a statement on behalf of producer Lorne Michaels.

“We want SNL to have a variety of voices and points of view within the show, and we hired Shane on the strength of his talent as a comedian and his impressive audition for SNL. We were not aware of his prior remarks that have surfaced over the past few days. The language he used is offensive, hurtful, and unacceptable. We are sorry that we did not see these clips earlier, and that our vetting process was not up to our standard.”

Gillis released a statement on his Twitter regarding his termination from SNL. “I respect the decision they made. I’m honestly grateful for the opportunity.” Then he joked, “I was always a Mad TV guy anyway.”

“I want to see if you can guess who it is I’m doing an impression of,” Chappelle asked the audience in the special. “All right? Let me get into character. You gotta guess who it is, though. Okay, here it goes. ‘Uh, duh. Hey! Durr! If you do anything wrong in your life, duh, and I find out about it, I’m gonna try to take everything away from you, and I don’t care when I find out. Could be today, tomorrow, 15, 20 years from now. If I find out, you’re f*cking-duh-finished.’ Who’s that? Thaaaaaat’s you! That’s what the audience sounds like to me.”

Dave Chappelle calls out his own audience for cancel culture. pic.twitter.com/BjIdhP82nE

Dear @Shanemgillis
As a former SNL cast member I am sorry that you had the misfortune of being a cast member during this era of cultural unforgiveness where comedic misfires are subject to the intolerable inquisition of those who never risked bombing on stage themselves.

Just because you put the word “joke” in quotes doesn’t mean a comedian wasn’t joking. Jokes that upset you are not suddenly classified as serious statements just because they upset you. Why is a culture that lines up to watch a clown murder children so polarized over humor?

Cancel Culture won again. @Shanemgillis is a great guy and an incredible talent. A truly hilarious comedian. You dorks have set a standard that Pryor, Carlin, Rock, Chappelle and pretty much all the greats couldn’t pass. Shane will be fine, it’s comedy’s/your loss.

Getting offended is a great prep for when you get cancer or your loved ones die. It’s great training for life stress with kids and bills, too. If you can’t take being offended god help you when real life happens.

RELATED: George Carlin Recorded Comedy Special Day Before 9/11, It Wasn’t Released Until After His Death Because Of Controversial Joke

Bill Burr also defended Gillis while also railing against cancel culture. Burr appeared on the Daily Beast’s The Last Laugh comedy podcast where he explained why outrage culture is toxic.

“Outrage culture is one of the most misrepresented things out there, how they will make such a small percentage of people seem like they’re three million people,” Burr told host Matt Wilstein. “And it’s not even necessarily because they believe in their cause, it’s just that where the money’s at is eyeballs and controversy and people arguing and being offended and watching somebody get in trouble makes people stop on your website or your TV channel and watch.”

“But it’s just not an accurate portrayal of where people’s heads are at. It just isn’t. It feels like Chicken Little,” Burr explained.

Burr said that cancel culture is in the back of his head when he is telling edgy jokes. “You go on stage and some nights you’re going to do a bit and you go, should I say this? And it’s like, what is going to happen? It’s just a joke,” Burr said. “And 99 percent of the people there—100 percent most nights—realize they went to a comedy club and everything you’re saying [is a joke]. You’re not watching legislation being written, it’s not going to change anything, it’s just somebody screwing around.”

Burr also appeared on the Comedy Central talk show Lights Out with David Spade where he made an astute point about cancel culture. “Do they go back and look for good things the person might have done or do they just looking for the bad stuff? ‘Helped cat out of a tree… that’s not it, helped grandmother cross the street… that’s not it. He said something on a podcast… there it is!'”

“And if you did say something like that you can’t work in a sketch show, but it’s okay if he works in a lumberyard,” Burr joked. “He’s certainly going to meet more Asians there than SNL.”

Burr says of canceling of comedians: “We’re not running for office, when is this gonna f*cking end?”

Burr then blames millennials for cancel culture. “F*ck millennials, you’re all a bunch of rats. All of ya. None of them care, all they want to do is get people in trouble.”

Spade, who was a Saturday Night Live star, talked about how it was like when he was on the sketch comedy show. “I think when I was younger on SNL, when you got hired; the first move wasn’t to rifle through your past to make sure you got fired right away.”

Fellow comedian Jim Jeffries was also on David Spade’s show and defended Gillis by pointing out how Saturday Night Live had created skits where white comedians such as Jim Belushi, Mike Myers, and Fred Armisen played Asian characters and the jokes relied on racist stereotypes and exaggerated accents.

This is an SNL clip from 2014 and it’s funny as hell. Always been one of my favorites of the decade. They’re playing Chinese sweatshop laborers. Nasim Pedrad straight up says “Probrem”. Is this different from Shane Gillis? pic.twitter.com/2Zbjy0iMdn

Comedian Tim Dillon points out that NBC has an SNL skit on their website titled “Ching Chang in Love.”

EVERYONE WATCH THIS RIGHT NOW https://t.co/AGFfUqR6Zi

On Sunday, Comedy Central aired the roast of Alec Baldwin. During the comedy roast, Alec Baldwin made several jokes aimed at Asians including comedian Ken Jeong. It should be noted that Alec Baldwin has been on Saturday Night Live since 2007.

Based on the criteria that NBC and Saturday Night Live have outlined, one could argue that SNL should be canceled for using “language he used is offensive, hurtful and unacceptable.”