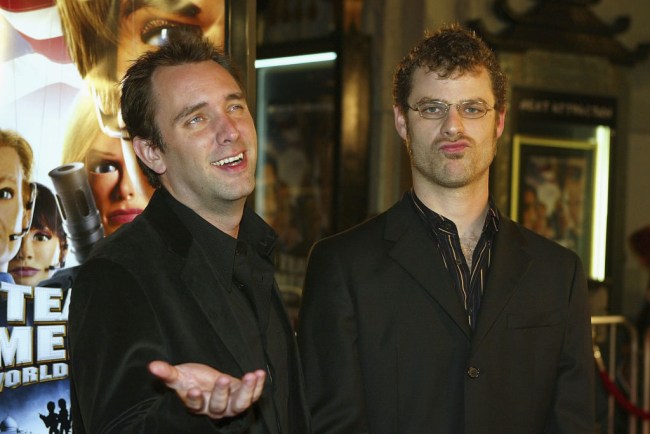 Political correctness has been in American culture for decades, but there is a new strain of outrage called “cancel culture,” where online hate mobs get angry at something they saw or heard and organize boycotts. Instead of turning off the “offensive” content, they attempt to get a person fired or a TV show canceled because they don’t like it.

The creators of South Park are no strangers to people being “offended” at their cartoon that pokes fun of a myriad of issues, but they are prepping for the online mob to come after their Comedy Central TV show once the 23rd season of South Park premieres later this month.

After seeing immensely successful comedians such as Dave Chappelle and Bill Burr get hate online for their new comedy specials that pushed boundaries, South Park co-creators know that they will also be in the crossfire for anonymous edgelords trying to get their show canceled. However, Matt Stone and Trey Parker are fully prepared for the onslaught of dozens of real-life PC Principals.

Matt Stone has a theory as to why critics slammed Chappelle’s new comedy special. Stone believes that the critics actually loved Sticks and Stones, but they were forced to poo-poo the comedy special because it was not “woke” enough. The critics didn’t want to feel the wrath of the Puritan-esque woke scolds on social media or because they feared that they could be fired from their jobs for the crime of wrongthink.

“They may have laughed like hell at that, and then they went home and they know what they have to write to keep their job,” Stone told The Hollywood Reporter. “So when I read TV reviews or cultural reviews, I think of someone in prison, writing. I think about somebody writing a hostage note. This is not what they think. This is what they have to do to keep their job in a social media world. So I don’t hold it against them.”

“It’s new. I don’t want to say it’s the same as it’s always been,” Stone said of cancel culture epidemic. “The kids are f*cking different than us. There’s a generational thing going on.”

“I know some people have been canceled for genuinely, like, personal behavior, but Dave is not getting canceled anytime soon,” Stone said of the comedy legend. Stone joked that South Park and Chappelle are “grandfathered” out of the culture. “People have been talking about canceling us for 22 f*cking years,” Parker said.

Matt Stone and Trey Parker also told THR that they have an idea for a new movie that has nothing to do with South Park. Stone said that the movie comes from some “really f*cking killer ideas.” The movie would be released in theaters and not online “so people have to watch it together” and because the duo ” really like premiere parties.”

South Park was renewed by Comedy Central through 2022, so there will be plenty of time and topics to enrage everyone about.

You can read more articles about political correctness HERE.