Billy McFarland, Of Fyre Festival Infamy, Is Asking For Early Release From His COVID-Infested Prison 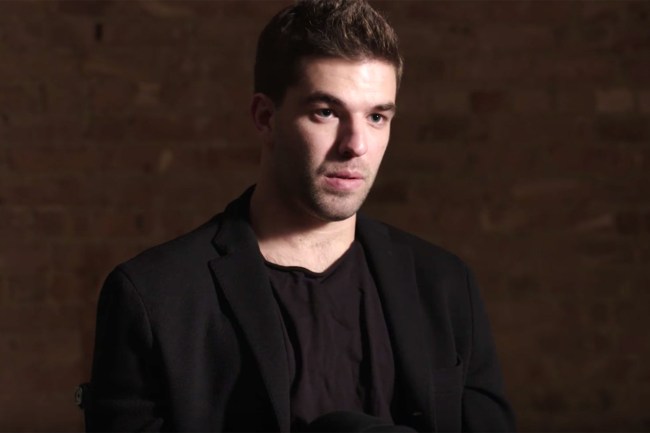 Oh how the turntables. Billy boy, you scoundrel! Just when you think this guy can’t possibly have any more tricks up his sleeve, he reveals that he’s been wearing three coats this whole time. Now, we can’t fault the man for not wanting to stay in prison with its presumably terrible food, inadequate medical supplies, woeful mattresses, and no VIP area to speak of. But there is just something about this guy that the entire world seems to loathe. Seriously, I haven’t seen such unity of hate against someone since the Winkelvoss twins, and who knows why we hate those guys. They’re handsome Olympians who got ripped off by an egomaniacal nerd whose company would go on to post the “see no evil” monkey emoji when Cambridge Analytica harvested our personal data. Sorry, but I love the Winkelvae.

So why did Father Fyre ask to be granted a homestay? To escape the perils of his COVID-riddled prison, sure. But also because he wants to start paying back the $26 million he owes the victims of his impaired vision:

NY Daily News– The con man had argued he could begin fulfilling a court order to repay victims $26 million if released. McFarland cited a pending deal for an interview with a major streaming service, as well as plans for a novel, memoir and podcast, according to papers filed in Manhattan Federal Court.

A pending deal for an interview with a major streaming service? We’ve already seen Hulu AND Netflix’s take on this guy. Is Amazon feeling left out? And just so we’re clear Billy, those docs were compelling not because of you so much as Ja Rule, the models, and the hundreds of kids who fell for your trailer. You see, we enjoy watching the puncturing of expectations for people who stood to have a better time than us. When our FOMO turns to JOMAD (joy of missing a disaster), there’s nothing sweeter.

Of course he has plans to write a novel and a memoir. That’s what prison does to people. He probably ran out of wall space, or the toilet shard grew too dull to continue scraping his prose into the cell for the next visitor to read. So he needs a MacBook Pro, and an ergonomically-correct Aeron chair, and a french press, and the vaulted ceilings and south-facing morning light of his Soho loft. “Give us the tools and we will finish the job!”

Prosecutors noted that McFarland also had a disciplinary violation on his record. A correctional officer at FCI Otisiville busted him with a recording device hidden inside a pen in July 2019. McFarland claimed the gadget was for writing a “self-reflection book.”

If the image of Billy McFarland speaking quietly into a Sharper Image pen recorder, which he had boofed in by a queen in exchange for the promise of a beachfront villa + all-access pass at Fyre Fest 2: The Resurrection, while sewing uniforms for municipal workers in arts and crafts, saying things like “the needle pricked my thumb, drawing a tiny drop of blood from my well-worn hands. Prison exacts its pound of flesh even from those who simply longed to bring joy to an underdeveloped Island nation…”

If that image doesn’t bring you joy on this Wednesday morning, you’re broken.