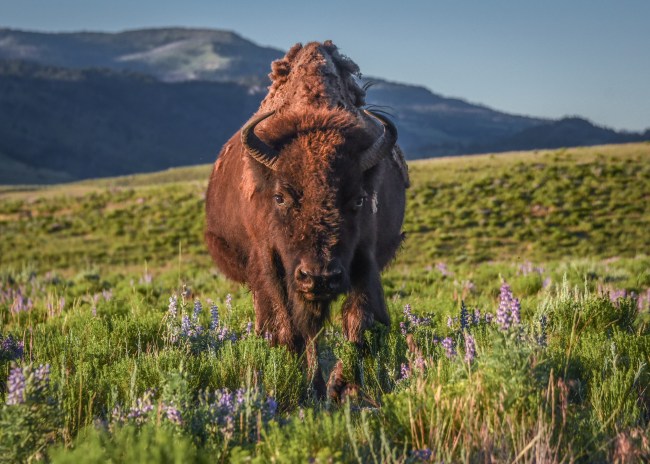 American bison roam the grasslands every day with the inescapable urge to fuck up humans’ lives. In the 19th century, the species became nearly extinct due to commercial hunting and slaughter and if the old saying is true, bison don’t forget. Or is that elephants? I forget.

Bisons are the largest extant land animals in North America, with some ballooning to over 2,000 pounds, so they could bury a human being alive with a moderately sized dump.

One family took a bison’s calm disposition for weakness and decided it was a good idea to pet the obscenely large mammal and rub their dirty little human hands all over its body.

This is what happens when you fuck with wildlife and pay no mind to an animals personal space. This family was petting the buffalo before it charged. And as you can see the parents saved themselves over their daughter. I’m disgusted. pic.twitter.com/FqnwOmGv85

(Yoooo, not for nothing but that kid almost stuck the landing.)

Who needs enemies when you have parents like that, huh? Jesus, I haven’t seen a parent run away from a child so quickly since I asked my dad how babies were made.

Most of me hopes the child is okay, but a small part of me is whispering, “Play stupid games, win stupid prizes.”

Stay in the car and view from a safe spot. pic.twitter.com/KqsHhf8Bnq

Does anyone know the number for Child Protective Services? These parents are unfit.