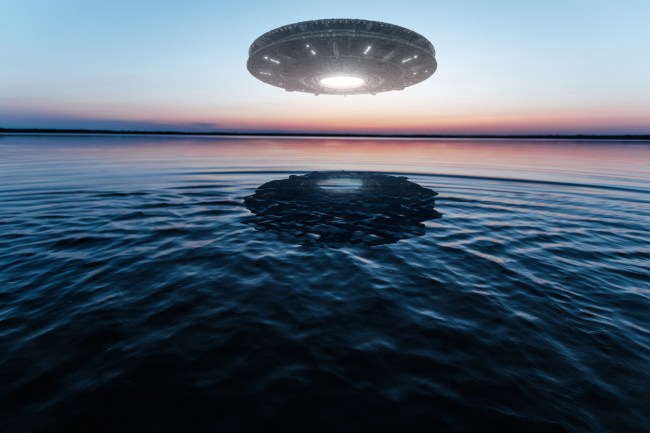 The Central Intelligence Agency declassified a massive trove of UFO documents, and now you can access everything that the CIA has made available publicly. The gigantic release of approximately 2.2 million pages of previously state-owned secrets about unidentified aerial phenomena (UAP) were released months before the Pentagon was due to brief Congress on all they know about UFOs.

Included in the $2.3 trillion coronavirus relief bill that President Donald Trump signed in December was a stipulation that intelligence agencies such as the FBI to the CIA would be required to brief Congress on “everything” they know about UFOs.

The 5,593-page document included the Intelligence Authorization Act for Fiscal Year 2021, which stated:

Therefore, the Committee directs the DNI, in consultation with the Secretary of Defense and the heads of such other agencies as the Director and Secretary jointly consider relevant, to submit a report within 180 days of the date of enactment of the Act, to the congressional intelligence and armed services committees on unidentified aerial phenomena (also known as “anomalous aerial vehicles”), including observed airborne objects that have not been identified.

The CIA released “everything” they know about UFOs that they were willing to share with the general public. Now, you can download all of the possible alien encounters that the CIA has documented. Everything that the CIA has revealed about UAPs can be accessed on The Black Vault.

The website is operated by author and podcaster John Greenwald Jr., who said, “The CIA has made it INCREDIBLY difficult to use their records in a reasonable manner,” and it was like “pulling teeth” to get information from the government.

Greenwald told Vice that the CIA likely made the documents available in an “outdated” file format to make it “very difficult for people to see the documents, and use them, for any research purpose.”

“I feel I am achieving what I set out to do,” Greenwald said. “Easy access, to important material, for people to make up their own minds on what is going on.”

“Research by The Black Vault will continue to see if there are additional documents still uncovered within the CIA’s holdings,” Greenwald declared.

One particular document was interesting to Greenwald, who tweeted it out. “In this CIA #UFO document, the Assistant Deputy Director for Science & Technology (A/DDS&T) was shown SOMETHING related to a UFO that was hand carried to him. He decided he would personally look into it, and after, he gave advice on moving forward. That advice is classified.”

2/ For the past nearly two years, I have an open "Mandatory Declassification Review" request to HOPEFULLY get some of these redactions lifted, so we can see what was hand delivered, and what his advice may be. (Getting names is likely a long shot.)