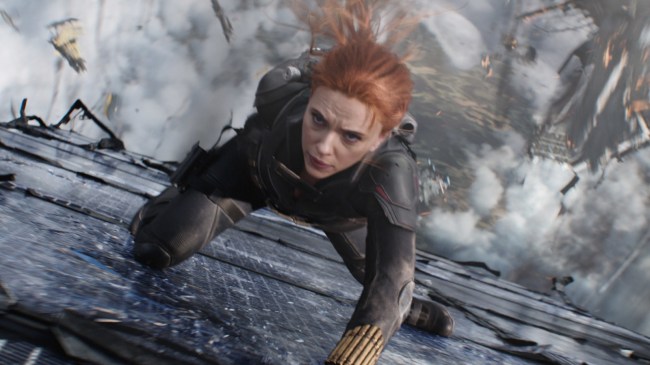 With 2022 now officially here, Hollywood is, once again, on the verge of forging a new way forward following a year of experimentation in 2021.

Last year, major studios such as Warner Bros. and Disney flirted with hybrid release models. Warner Bros., for example, decided to debut all of their 2021 films on HBO Max on the same day they hit theaters. Disney, on the other hand, went with a more varied approach: Black Widow was released simultaneously on Disney+ and in theaters, while Shang-Chi and the Legend of the Ten Rings was a theatrical exclusive before hitting Disney+ 45 days later.

According to recent reports, though, it would seem likely that Disney will be walking away from the simultaneous release strategy, as Deadline has reported that piracy of Black Widow cost the Mouse House somewhere in the neighborhood of $600 million.

Following Black Widow, it was clear that day-and-date leads to a freefall at the box office in the subsequent weekend of a Marvel Cinematic Universe title; the Scarlett Johansson movie weathered the worst second-weekend drop for a Disney-distributed Marvel movie at 68%. The crimping in windows, which of course impacted the star’s bonus, led to the twice-Oscar-nominated actress suing Disney and settling for a reported $40M+.

Adding to the further erosion of box office for any theatrical-day-and-date release on streaming is the fact that these movies are pirated promptly, with clean 4K copies in several languages spread around the world. By the end of August, sources in the know informed us that Black Widow had been pirated more than 20M times. That’s close to a $600M estimated loss on Black Widow in Disney+ PVOD revenue alone. [via Deadline]

The next Marvel Cinematic Universe film to hit theaters will be Doctor Strange in the Multiverse of Madness on May 6 followed by Thor: Love and Thunder on July 8. Given the status of those two respective characters — Benedict Cumberbatch’s Doctor Strange and Chris Hemsworth’s Thor are two of the franchise’s biggest heavy hitters — it’s guaranteed that both of those films will be theatrical exclusives.