Scientists Are Working On A Way To Block The Sun To Fight Climate Change But Is It Already Too Late? 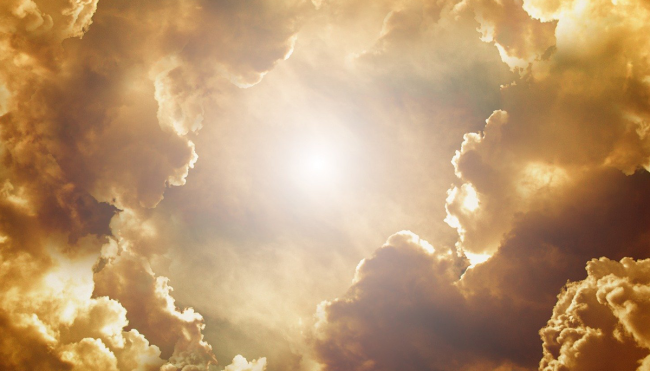 In the 1980s, researchers tasked with keeping tabs on the ozone layer got a bit of a rude awakening when they noticed a gaping hole that was not supposed to be there. In the wake of the discovery, the scientific community began to take a closer look at ramifications of the world embracing industrialization, and by the time the 1990s arrived, they’d come to the conclusion that humanity had done screwed up.

By now, you’ve probably heard a thing or two about the whole “climate change” thing; a phenomenon that was once commonly referred to as “global warming” before experts realized the people who kept asking “If it’s getting hotter, then why is there still snow?” weren’t joking. Those same experts have predicted the increase in global temperatures could lead to some of the world’s biggest cities getting the Atlantis treatment by the time 2050 rolls around—which is also when civilization as we know it could come crumbling down.

Over the past few decades, countries around the world have taken steps to address the consequence of spending a couple of centuries bombarding the atmosphere with greenhouse gasses. Unfortunately, despite the strides that have been made, there are still plenty of people who view the issue as a “later problem” (many of whom won’t be alive to see nature get its revenge for the crisis made possible thanks in no small part to their inaction.)

Some scientists believe we’ve already reached the point of no return when it comes to reversing the damage that’s been done, and now, a group of them have banded together to dream up a potential last-ditch solution by casually floating the idea of figuring out a way to block the damn sun.

According to Gizmodo, the National Academies of Sciences published a report on Thursday outlining an incredibly ambitious plan that would employ “solar geoengineering” in an attempt to develop technology that could be deployed if it’s clear there’s a very good chance the worst-case scenario is going to be realized. The organization says it needs at least $100 million for a project that would involve exploring ways to block the sun’s rays, including blasting reflective particles into the sky to bounce them back into space and dissipating the cirrus clouds that trap heat as opposed to filtering it.

At first glance, this seems like a bit of a longshot, as those researchers are following in the footsteps of other people who’ve attempted to concoct ways to control the weather without much success (including those in the White House who reportedly floated the idea of dropping an atomic bomb into a hurricane to try to discourage it from making landfall a couple of years ago.)

I can also understand why you might think the people behind the proposal could learn a lesson from Jurassic Park by taking a second to think about if they should do this as opposed to focusing on if they can, but with that said, if we do end up reaching a point where the only real option we have is to, again, block the damn sun, we’re probably already screwed.