Board Games Aren’t Just A Game, Can Ruin Your Sex Life In A Second 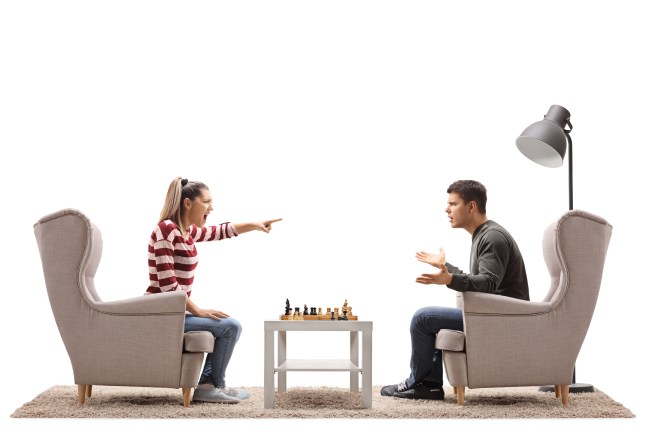 The New York Times tried to put on its cool, young people pants today. “Hello, fellow kids, we’re the New York Times, and we’re here to talk about board games!” Ugh, they can be so frustrating, right? When you finally take a break from playing… *checks notes* Crash Bandicoot Warped for Playstation Gaming System, you want a family game night to go right! But sometimes, mom can be a total bitch! Right?

NY Times– In the best of times, a board game can provide hours of entertainment, filled with camaraderie and tests of wits and guile, thrilling twists of fate and daring acts of strategy and, of course, friendly competition. But a game also comes with a note of danger: Throw yourself into it too deeply, and it’s easy to blur that line between the game sphere — where attacking, undermining or stealing from your loved ones is not only acceptable but encouraged — and the real world, where it is decidedly not.

What a paragraph. It reads like every single essay intro paragraph I wrote from 7th grade through college. You know: “_______ is good. Good good good good. But sometimes, it’s not. Thesis!” I kinda expect more from the New York Times than this arithmetic word stacking. But I guess this is a story about board game anger, so they probably didn’t put their best people on it. No offense to the authors, Jennifer Harlan and Kaitlyn Wells. Maybe some offense.

The article offers three examples of game nights gone wrong. The first centers around a game of Bananagrams where grandpa played “Za” and young Ana practically unplugged his pacemaker in retaliation. Hey Ana? Ever play Scrabble? Za is like the most important word in the goddamn game. We play Bananagrams using Scrabble words, but that should be established before the game. Figure out which dictionary is in play. If you’re consulting the Oxford English, you’re a nincompoop. Za, Qat, Qi, Ka, Jo… get with the times, the Times.

My girlfriend and I have gotten into cribbage of late. It’s the game that leads to the least amount of fighting. Neither of us are very good at putting things behind us, so we learned to only play games that wouldn’t hurt our sex life. Rummy 500 is officially banned and Scrabble is on parole. We know to keep our distance from Risk, Monopoly, and Backgammon. Any game where you can either kill, or bounce, or send someone back to the start, is off limits. Residual board game anger is second only to saw dust in its ability to staunch the flow of healthy sexual juices.

So no, New York Times; it’s not “only a game.” It’s a traumatizing, sexually-destructive catalyst for simmering rage. And if you disagree, you aren’t trying hard enough.