A Boba Fett Series Is In The Works At Disney+, Could Begin Production Next Week 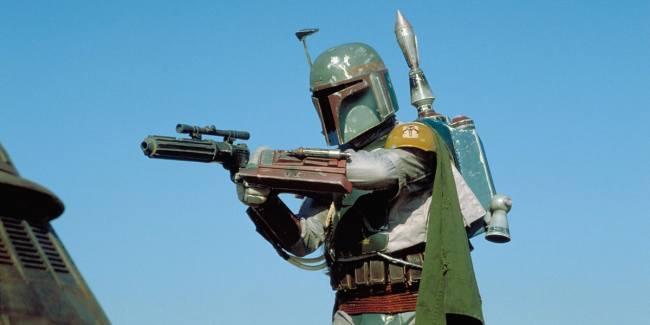 According to Deadline, a Boba Fett mini-series is reportedly in the works at Disney+ and could begin production as early as next week. After being revealed to be alive in the season two premiere of The Mandalorian, Disney now seems to be fully leaning into one of the most famed Star Wars characters of all-time.

One explanation could be rumors that another Mandalorian-related project, I hear possibly a Boba Fett miniseries, would film first, starting next week, with The Mandalorian Season 3 following after a monthlong break.

In February, then-Disney CEO Bob Iger hinted at the company’s plans to expand The Mandalorian franchise with spinoff series, teasing “the possibility of infusing (the mothership series) with more characters and taking those characters in their own direction in terms of series.”

There is speculation that such series is in the works, though it is unclear what Mandalorian character(s) would be spun off and whether Boba Fett (Temuera Morrison) is one of them. [via Deadline]

RELATED – Here’s Why No One’s Said: “Hey Mando, Your Baby Looks An Awful Lot Like The Legendary Jedi Yoda”

If Disney starts to use The Mandalorian — the first generally-well-liked product they’ve produced since Rogue One — as simply a launching pad for other projects and spin-offs,  I fear for the future quality of the series. There’s already word of an Ahsako Tano spin-off with Rosario Dawson AND rumors of a Cara Dune spin-off. Plus, there’s always the chance that Mando and Baby Yoda pop up in future Star Wars films as well.

Bottom line: for them to introduce Boba Fett solely for the purpose of establishing that he’s alive and launching his spin-off series would be detrimental to the quality of The Mandalorian, as it’ll essentially mean that Disney is merely using the series as an advertisement board.