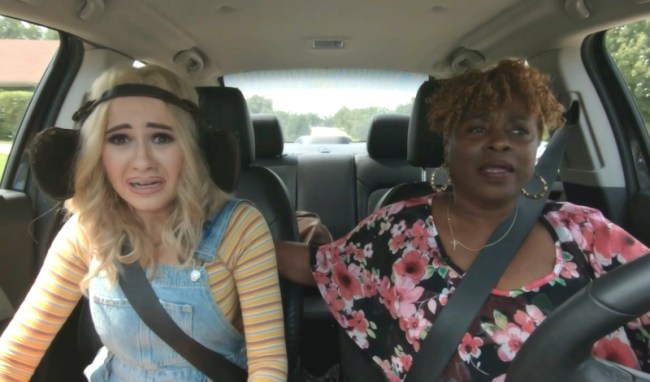 You know how difficult it is to come out of an interaction with a Sacha Baron Cohen character, let alone Borat, looking like a halfway decent person? After all, this is a man who specializes in eliciting and coaxing out the ugliest of people’s inner emotions.

And yet, despite having the odds totally stacked against her, Jeanise Jones — the babysitter in Borat Subsequent Moviefilm — pulled off that exact feat, as she appeared to be the only person with an operating moral compass throughout the entire course of the film, as she attempted to impart some guidance and compassion on Borat’s “daughter” Tutar, who she believed was set to undergo plastic surgery so she can be forced into marriage to an older man.

Since learning about the film (she previously believed she was taking part in a documentary), Jones has spoken to Variety about her role in Borat’s shenanigans, saying that while she *does not* feel betrayed by the filmmakers, despite the New York Post claiming she did, she does feel that her compensation wasn’t fair.

How much did you get paid for being in the movie?

Do you think that compensation is fair considering Amazon is owned by Jeff Bezos, who is worth $200 billion, and Sacha Baron Cohen will make millions from the movie?

I can’t say it was fair because they knew it was going to be a movie, and I didn’t. I just thought I was doing a documentary about how we do things in America. But I blame myself for not reading when I signed those papers.