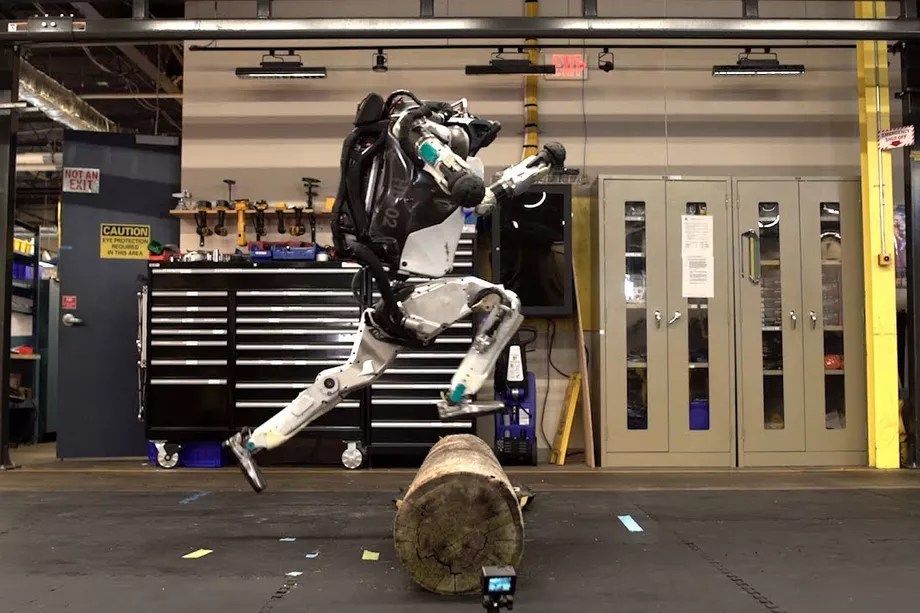 If Trojan put a quarter of the innovation into finding a better alternative for safe sex as Boston Dynamics has in creating futuristic robots that will eventually kill all of us, we wouldn’t be strapping a balloon on our johnsons every time we want to do the no pants dance (ok, 12% of the time).

You’re probably familiar with Boston Dynamics’ Atlas robot, which is their most capable robot yet–-and this is the cutting-edge technology company whose robots possess the ability to fight back against humans, do backflips, lift 100-pounds, and more.

Welp, the robot is evolving to the point that the New York Giants are considering picking it up off waivers.

The latest video, titled Parkour Atlas, features the bipedal battery-powered robot going for a light jog before shifting its weight from one leg to another while ascending up obstacles.

Boston Dynamics has conducted research into military use of robots but, as Telegraph points out, the US army declined to use Boston Dynamics products over of concern over the volume of the robots.

“There was the challenge of seeing the potential possibility because of the limitations of the robot itself,” a spokesman for the US Marines Warfighting Lab said. “They took it as it was: a loud robot that’s going to give away their position.”

If you’re looking to adopt one of these robots for personal use, the price is still up in the air, but Boston Dynamics founder Marc Raibert said that early versions of Atlas cost upward of $1 million.