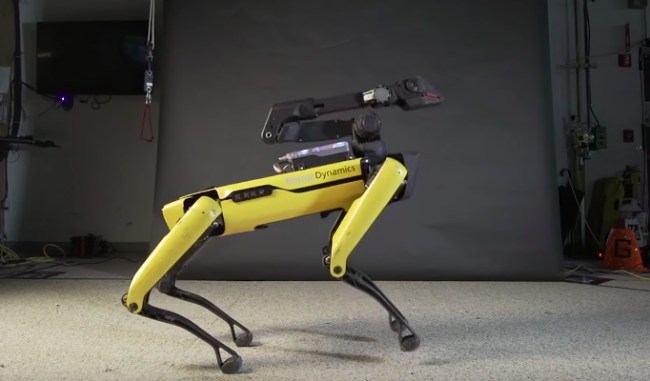 We might not live in a world where we have to worry about genetically-engineered dinosaurs staging an uprising but that doesn’t mean we can’t learn some valuable lessons from Jurassic Park.

Jeff Goldblum’s Ian Malcolm shared plenty of words of wisdom about the dangers of playing God but he didn’t have a single line that shined a light on the potential pitfalls of revolutionary advances better than “Your scientists were so preoccupied with whether they could, they didn’t stop to think if they should.”

Unfortunately, some people didn’t get the message.

One of the most notable offenders is Boston Dynamics, which has been at the forefront of robotics since the company was founded in 1992.

Over the past few years, Boston Dynamics has weaponized YouTube to repeatedly remind us it holds the fate of humanity in its hands by releasing a steady stream of videos featuring robots completing seemingly innocent but infinitely terrifying tasks.

If you’re unfamiliar with Boston Dynamics, here’s a brief summary of what they have at their disposal.

There’s the robot that can chase you through the woods…

And pull off some sick parkour moves.

Oh, there’s also the one that can open doors and fight back against humans who get in their way.

Maybe Black Mirror isn’t as farfetched as we’d like to think.

On the surface, a dancing robot doesn’t seem that scary but if it’s capable of completing a perfectly choreographed routine to a Bruno Mars song I can’t help but ask myself what’s on the horizon.

I for one can’t wait to live in a world where robots are capable of doing a victory dance once they enslave us all.