More Than 10 (!) ‘Breaking Bad’ Characters Will Appear In ‘El Camino’: Here’s Who We Think They Are 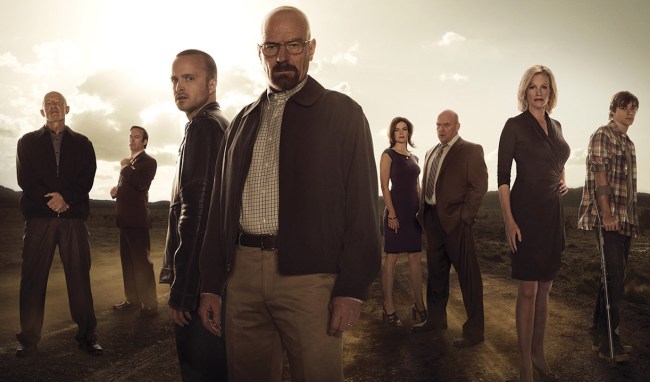 Sitting down for a major in-depth interview for the first time since El Camino: A Breaking Bad Movie was announced, series creator Vince Gilligan divulged tons of interesting tidbits about the upcoming Breaking Bad sequel, most notably that “more than 10” characters from the legendary series will be appearing in the film.

Given that the final season of Breaking Bad wiped major players — such as Mike Ehrmantraut, Hank Schrader, Steve Gomez, Todd Alquist, and his Uncle Jack, just to name a few — off the board, the selection of characters who could feature in El Camino is certainly relatively limited.

By my count, I can think of 13 Breaking Bad characters that are likely to appear, from the obvious ones like Jesse Pinkman and Skinny Pete to the obscure outsiders such as Huell Babineaux and Patrick Kuby.

Given that this is a movie about Jesse Pinkman, while a flashback with his former Walter White is certainly likely, one involving Hank or Gomez — who he barely crossed paths with during the course of Breaking Bad — just wouldn’t make sense in the framework of a two-hour film.

As for the other characters, it’s well within reason to imagine El Camino taking time to visit with the White family, checking in with the Schwartzs — who were tasked with giving Walt’s money to his children — and bringing back beloved comedic relief characters such as Huell and Kuby.