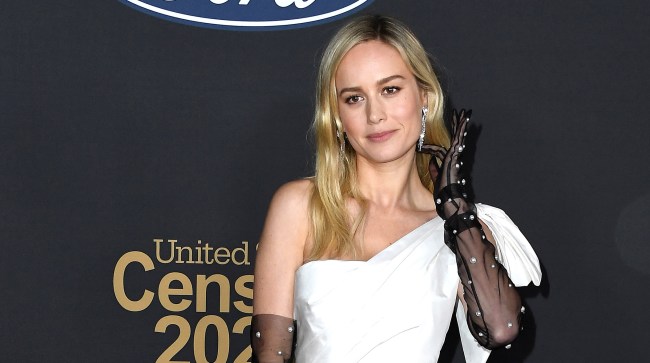 30-year-old Academy Award-winning actress Brie Larson, by all indications, seems like she’d be a fun hang.

She was hilariously geeky while doing the Hot Ones challenge. She seemed down to earth and fun when she surprised moviegoers, selling concessions at a showing of Captain Marvel.

Recently, Larson started her own YouTube channel where she has done everything from showing off her Animal Crossing island to her first workout in quarantine.

Larson also shared a video where she revealed that she had auditioned for all of the new Star Wars movies, including Star Wars: The Force Awakens and Rogue One: A Star Wars Story, and … she didn’t get the parts.

She also auditioned for the Terminator reboot, got a flat tire as she was pulling in to test, didn’t get it, and later found out that it was because they didn’t think she knew how to carry a gun.

In Larson’s latest YouTube video, she went back to the topic of auditions, and the NUMEROUS roles she did not get.

“In no particular order, I just wrote down the movies that I didn’t get,” she shared. “Sucker Punch, Gulliver’s Travels, Mars Needs Moms, It’s Kind of a Funny Story, Percy Jackson and the Lightning Thief, oh, something called Jesus in Cowboy Boots, I gotta check that out.

“Sorcerer’s Apprentice, Book of Eli, untitled Nancy Meyers project, Not sure which one that is, but didn’t get it.

“Get Him to the Greek, Iron Man 2, The Descendants, Thor, Avatar. What? I didn’t even know, I didn’t even remember that I auditioned for Avatar.

“Jennifer’s Body, Driving Lessons, Legion, The Last House on the Left, untitled Wayans Brothers project. I don’t know what that is, but it didn’t happen for me.

“Drive Angry, Transformers 2 [laughs]. I forgot I auditioned for that [more laughing]. That was another one where I was just like trying to dress sexy and like be sexy.

“All of these, that I’m about to mention, I got down to the final round on.

How she didn’t land a role in Pitch Perfect is beyond me. Were the producers not aware that Larson was once an aspiring pop singer and even had a song on the Hot Singles chart?

She also talked about the parts that she didn’t get initially, but then, for some reason, ended up getting them, including Room and Scott Pilgrim vs. the World.

Check it all out below…