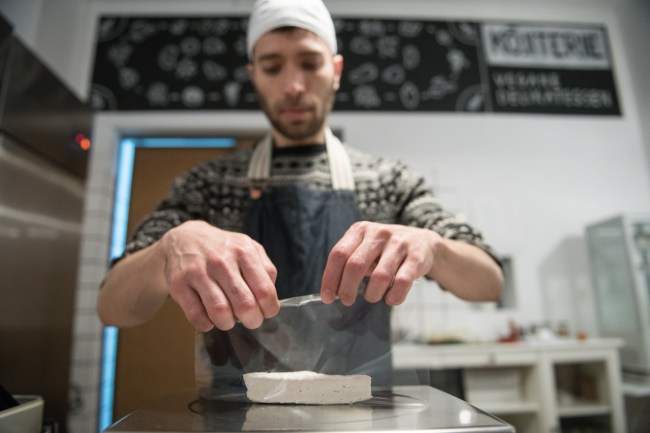 One thing I learned quickly upon moving to New York is that at 90% of dinner parties, after the charcuterie board has been ravaged and the wine begins to flow, there will always be that one person who jokingly-but-not says, “Sooo, should I call my dealer?” At that moment, everyone sort of giggles excitedly and gauges the temperature of the room as to not come off as an addict. “I wouldn’t HATE it,” Debbie says. “Who invited Debbie, she’s 50 and has six cats” Nina responds, picking her head up from her phone for once.

All you need is one ‘yes’ and all the dominoes fall, your dealer shows up 47 minutes late, and before you know it you’re talking intensely about the Isreal/Palestine conflict, your opinion solely based on a headline you scrolled past of Facebook.

That’s why this alleged new trend of middle class women putting MDMA in brie cheese at dinner parties is less surprising than my girlfriend being disappointed after sex.

The new fad, according to Metro, is called “brieing.”

The Metro spoke with a 50-year-old woman who frequently hosts dinner parties where she and her friends would take Molly wrapped in brie cheese.

“I have a strong circle of female friends and we had tried all the latest fads, food fashions, and destination dinner parties but something was missing,” she told the Metro. “We did not seem to have as much of a laugh than as when we were younger, there always seemed to be barriers up between us.”

“Nothing much happened for forty minutes then the colours in the rug seemed to be a more vivid and before I know it was in an in-depth conversation about my fantasy sex life with an old friend,” the woman said. “It was such an intense experience. I am sure most of us at that party have done it with other friends so now wrapping MDMA in brie seems to be a thing now.”

The woman claims that in the past year, she has been invited to several “brieing parties,” but has refused them because the MDMA serotonin comedown is too depressing for her.