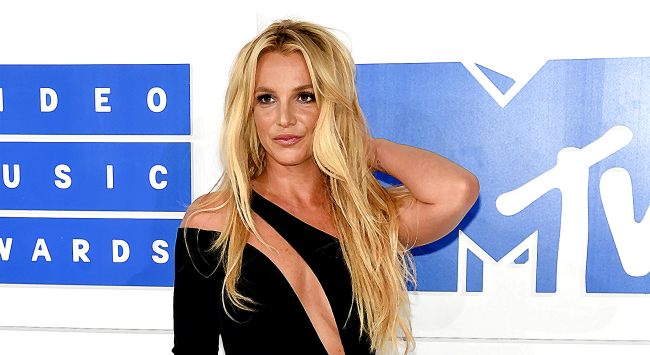 A couple of weeks ago we asked the question, “What the hell is going on with Britney Spears?”

Ever since the airing of the documentary Framing Britney Spears on FX back in February, the singer’s life has been under a microscope as she battles in court to end or change her conservatorship.

Fans of the star became confused and concerned over a series of photos and captions that Spears had been posting on Instagram over the past month, including one post where she discussed accidentally locking herself in her bathroom in the middle of the night.

Britney Spears has also posted numerous topless photos of herself covered by only her hands without any explanation.

On Monday, that changed as along with yet another series of topless photos, the 39-year-old mother of two finally explained why she has been sharing the topless photos in a lengthy rambling Instagram post.

“No guys … I didn’t get a boob job in just a week … nor am I pregnant … I have boobs in these pics cause I devoured food 😋 !!!! Before I show you more pics of my body … I want you to understand my thoughts on exposing my skin !!!! In my opinion it’s quite twisted the immediate response of when any woman is hot and they want to shed a layer … no … I’m not talking in a strip club or a performance … just on a practical scale of being in your car and realizing you’re wearing a stupid long sleeve shirt in the summer !!!! The immediate reaction to any woman who does this after shedding a layer is DAMN I FEEL BETTER … therefore you think you look better !!! I’ve had a billion shows where I’ve done that and to my horror uhhh we’ll … sometimes I didn’t look so great … TOO MANY TIMES and it’s embarrassing as fuck but in my imagination it felt great !!!! I mean I don’t want anybody to see the big dimple on my ass but I feel like performing made me too self conscious about my body and that’s not attractive ….. anyways I bet you’re wondering why I’d expose my body NOW … well it’s because I was born into this world naked and I honestly feel like the weight of the would has been on my shoulders and it’s made me view myself that way !!!! I wanted to see myself in a lighter way … naked … like the way I was born and to me looking back at my pictures when I shoot it’s insane the psychology in seeing myself in my purest form gives evidence that pain … hurt … tears … and heavy burdens aren’t who I am. I am a woman …. a beautiful … sensitive woman who needs to look at myself in my purest form !!! No … I’m not going to do topless pics for the rest of my life cause that would get boring but it sure as hell helps when you need to be enlightened 🤷🏼‍♀️🤷🏼‍♀️🤷🏼‍♀️ !!!! And I will admit the FREE BRITNEY comments after I took my shirt off were actually really f—ing funny !!! The Free Britney campaign started with all your amazing pink Free Britney shirts 👚 3 years ago !!! There’s a way deeper meaning to the movement than you can ever imagine … my fans have always been so damn amazing and I love you all 🌹🌹🌹 !!!! Psss this was shot on holy Sunday yesterday ✨ !!!!”

This past Thursday, Britney’s father Jamie Spears finally agreed to step down as the executor of his daughter’s conservatorship – a position he has held for 13 years, following the pop star’s very public meltdown in 2008.

According to court testimony, Britney Spears’ father Jamie was making $16,000 per month plus a percentage of her Piece of Me Las Vegas residency, raking in a total of $5 million for running her conservatorship.

Jamie, in turn, threw Britney’s mother Lynne Spears under the bus in court after she stated, “It is clear to me that James P. Spears is incapable of putting my daughter’s interests ahead of his own on both a professional and a personal level and that his being and remaining a conservator of my daughter’s estate is not in the best interests of my daughter, the conservatee.”

His response, according to Insider, was to claim Lynne Spears received $150,000 per year toward her Louisiana mansion for a total of nearly $2,000,000.