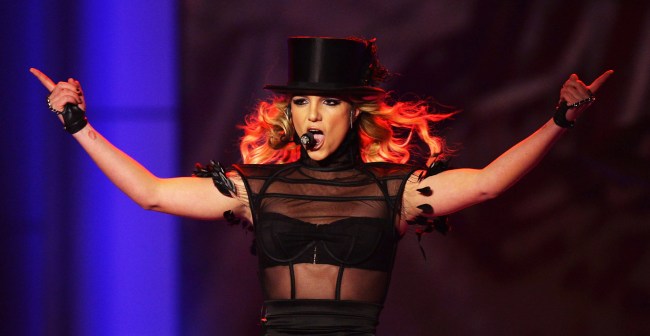 Ever since the the documentary Framing Britney Spears aired on FX back in February her legal team has been on a mission to either have her 13-year long conservatorship called to an end, or have her father Jamie Spears removed as the person in charge of it.

Tuesday night, in a now-deleted Instagram post, Britney Spears eviscerated her mother Lynne Spears for, as the pop star claims, putting the idea of a conservatorship into her dad’s head in the first place.

“The moment I SMILE and I realise I haven’t in a very long time !!!! My mum gets so CONCERNED and says ‘You’re acting weird … what’s wrong with you ???’ I say ‘Hi, my name is Britney Spears … nice to finally meet you !!!’ Britney wrote.

“Before I go any further, forgive me in advance …. It’s been 13 years and I’m a little rusty !!!! It was a family business before … it’s no longer that anymore !!!! I was BORN today cause I get to SMILE … so thank you for exiting out of my life and finally allowing me to live mine !!!!”

Britney continued, “Psssss do I know how mean I sound ??? Yes … I 100 billion percent I do !!!! Pssss my dad [Jamie] may have started the conservatorship 13 years ago … but what people don’t know is that my mom is the one who gave him the idea !!!!

“I will never get those years back …. she secretly ruined my life … and yes I will call her and Lou Taylor out on it … so take your whole ‘I have NO IDEA what’s going on’ attitude and go f— yourself !!!!

“You know exactly what you did … my dad is not smart enough to ever think of a conservatorship … but tonight I will smile knowing I have a new life ahead of me !!!!”

Many wondered what specifically triggered Britney Spears to write such a vitriolic social media post. That question appears to have been answered.

Wednesday morning it was reported that Britney’s father, Jamie Spears, has filed court documents seeking to end the conservatorship completely.

“Jamie unconditionally loves and supports his daughter. Full stop,” reads the filing, obtained by Fox News. “As he has done for her entire life, Jamie will do everything he can to protect and care for her. For the last 13 years, that included serving as her Conservator. Now, it means ending her Conservatorship.”

It continues, “Jamie sees no reason why the Conservatorship should continue for any amount of time and asserts he has no interest in the Conservatorship continuing. Regardless, Jamie does not seek to and will not serve as Conservator again. Jamie already petitioned this Court to terminate the Conservatorship and has offered to stipulate to its immediate termination without reservation or exception.”

Of course, the request wouldn’t be complete without Jamie Spears looking to cover his butt a little bit.

“Jamie has nothing to hide regarding his administration of Britney’s estate and will therefore hide nothing,” the filing continues. “Indeed, Jamie believes that every aspect of the Conservatorship should be made available for public examination — not the targeted leaks and misinformation that have resulted in such tabloid fodder. Accordingly, Jamie affirms that he will unconditionally cooperate in transferring all files regarding the estate to Britney’s counsel without delay.”

Also on Monday, Britney’s mom Lynne Spears filed a petition requesting that her daughter’s estate pay her more than $660,000 in attorneys’ fees related to the conservatorship, according to Page Six.

Interestingly, Lynne Spears’ papers try to paint her as an advocate to her daughter in her fight for personal freedom.

In arguing why Britney should pay her attorneys’ fees, Lynne claimed in Monday’s petition that her daughter had “enthusiastically agreed” to her joining the conservatorship case as an interested party to “help end [Britney’s] nightmare and the crisis she was enduring.”

On Tuesday, Britney Spears also posted a photo to Instagram with the caption, “One of my favorite costumes … this particular year I was the devil !!!! I’m really curious as to what THIS devil would say to all the apologies this year !!!!!”