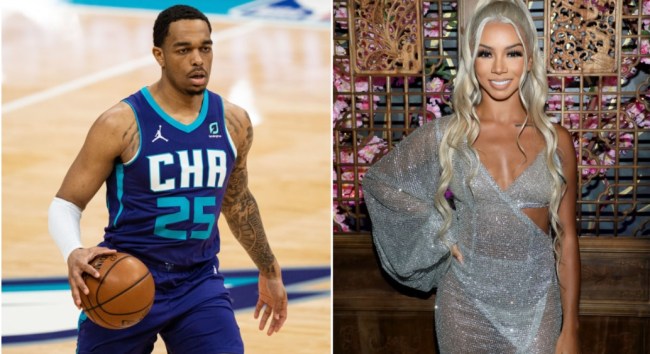 The PJ Washington-Brittany Renner breakup is playing out in public and now family members are getting involved.

The 22-year-old Charlotte Hornets star recently broke up with the 29-year-old Renner and the two have been taking shots at each other on social media ever since.

In the past few weeks, Washington has accused Renner of “faking” their relationship and keeping their infant son away from him.

Now Renner’s brother and mother appear to have fired back at Washington over his accusations by posting the book cover of “The Boy who cried Wolf” with the caption “stop crying wolf, boy” in their Instagram stories.

Brittany Renner's brother posted this 👀 Who is crying wolf? pic.twitter.com/PF3CdL4jiA

As for Washington, he finally got some time with his son after complaining Renner was basically holding him hostage.