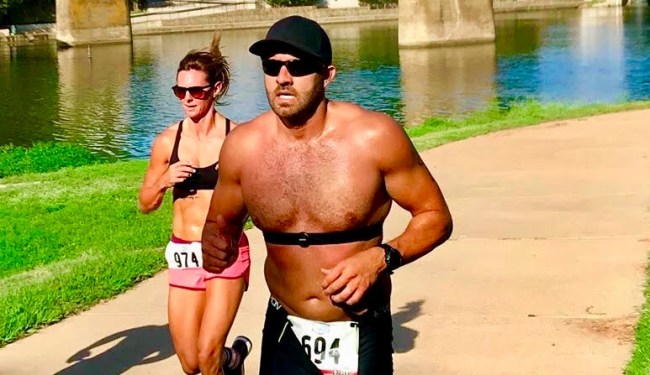 Bros, like most men of a different generation, I’ve been raised to bottle up my emotions under a tight lid of sarcasm and false bravado. I don’t even feel anything when those Sara McLachlan abandoned dog commercials come on the air, I just do fifteen pushups and chug a Surge. But, I have to say that reading through some of these BRO OF THE WEEK submissions has unleashed an emotional side to me that has been buried for decades. For those who’ve submitted, I can’t thank you enough for helping me rediscover the value of a good cry.

With all the great submissions this week, one really cradled my black-ish heart.

I got an email from this dude named Brandon who wanted to shine some well-deserved light on the awesome undertaking his military bro, Nate Wilkins, is currently pouring his time into.

Nate, a Baylor University student who served in the U.S. Navy for four years, is training relentlessly to compete in an IronMan Triathlon in Waco, Texas on Sunday, October 28–an exhausting 1.2-mile swim, a 56-mile bike ride, and a 13.1 mile run that will push the limits of the body and mind. 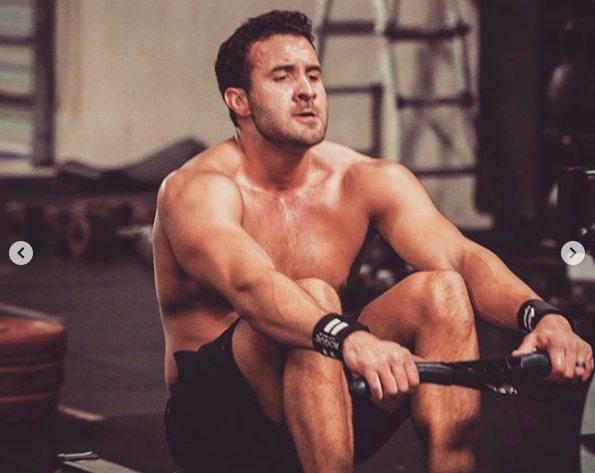 But he isn’t doing  for the social media shine or to put a bumper sticker on the back of his truck. He’s doing it for his buddy, Paul Hester, who was diagnosed with Stage II Hodgkins Lymphoma after finding a lump on his neck. Hodgkins Lymphoma is a highly treatable form of cancer, especially if caught in the early stages, but treatment comes at a price, both on the body and the wallet.

Nate describes Paul as a “great person” and a “loving husband” to his wife, Mallory. He told BroBible that registering for the IronMan was an easy decision, so as long as it would ease the burden of Paul’s circumstances.

Cancer doesn’t discriminate. It doesn’t matter if you are an outstanding person with unparalleled values. I saw myself in Paul’s shoes and instantly felt how something like that would affect my life.  It was scary and humbling all at once. I knew I wanted to help him in anyway that I could so I decided to run the IronMan, Waco to raise money to help with the burden of medical bills and his time lost at work.

Nate added that Paul’s diagnosis help put things in perspective for him.

There is a quote that says “Your life is made up of two dates and a dash. Make the most of the dash”. I always remember those words and think about how precious life is and to not take it for granted. The IronMan is just a small challenge compared to the challenges faced when fighting cancer. I wanted to join the fight with Paul and to remind people that you need have to fight alone.

If you guys were as moved by this tale of loyalty, sacrifice, and brotherhood as I was, make a donation you feel comfortable with to the GoFundMe page Nate set up for Paul, titled Paul Strong. At the time of me writing this, the fund has $5,800 of its $15,000 goal.