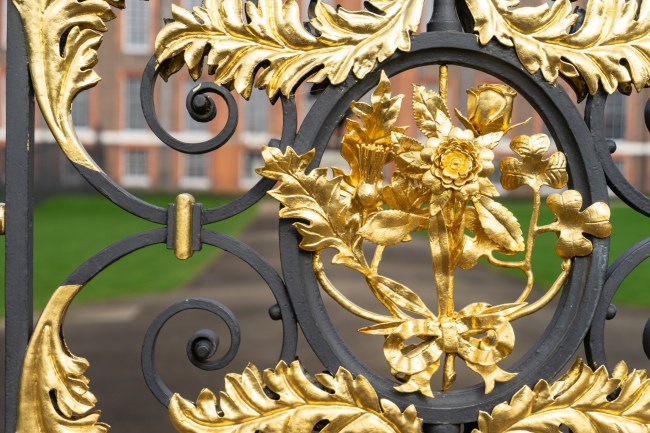 There aren’t many of us who can say this, but the best thing to ever happen to Jordan Adlard-Rogers was learning that his mom had a sizzling one night stand with a rando.

It just so happens that the aforementioned rando was the uber wealthy British aristocrat, Charles Rogers. Jordan’s mom, Julie, had a ‘very brief fling’ with Rogers, who owned the Penrose Estate, when she was just 20 years old and became pregnant with his child. Julie was a virgin prior to her fling with the wealthy landowner, so there was no doubt in her mind who the father was.

Nine months later, Jordan was born, much to the apathy of Rogers. John Binns, the third husband of Julie’s mother, Barbara, claimed that Rogers did nothing to support his illegitimate son.

‘My wife met him once or twice but he was never involved with the baby,’ he said. There was no support whatsoever. I don’t think he paid any child support and wanted nothing to do with Jordan.’

When Jordan was eight years old, Julie revealed to him that Charles Rogers was his father, and Jordan spent years trying to connect with his father connect and prove their familial bond through a DNA test.

“He offered to do a DNA test when I was younger, but it didn’t happen, and then when I was 18, I knocked on his door and asked if I could have the test, and he told me to do it through the solicitors,” Adlard-Rogers explained. “I was 18 so had other priorities at the time.”

He eventually got his wish after his father, who had lived his life as a drug-addicted recluse, died following an overdose at age 62 last year. In the years leading up to his death, Rogers was reportedly malnourished, didn’t bathe and rarely changed his clothes. He didn’t even live in the estate, but rather in his car that was parked on the expansive estate.

Following he autopsy, DNA tests revealed for certain that Jordan was not only his son, but the rightful heir to a $63 million countryside mansion.

It couldn’t have come at a better time for Jordan, who at 31 just had a child with his girlfriend and was struggling to pay bills and make ends meet. He moved his young family into the lavish 1,536-acre Penrose Estate in Cornwall

“I’m not going to forget where I’ve come from,” the 31-year-old said. “I’ve been at the point of worrying about the next bill and have had a tough start in life. I’m now starting to get my feet under the table here.” [via The Sun]

Jordan has reportedly been enjoying life as a millionaire if his Instagram account is any indication (it’s private)–showing off a brand new Mercedes and the home gym he had put into the estate.

“People say I’m lucky, but I would trade anything to be able to go back and for Charles to know I was his son,” he said. “Maybe then he might have taken a different path.”

Now if you’ll excuse me, I need to meticulously look over my family tree on ancestry.com. Never mind, I just come from a long line of drunks.