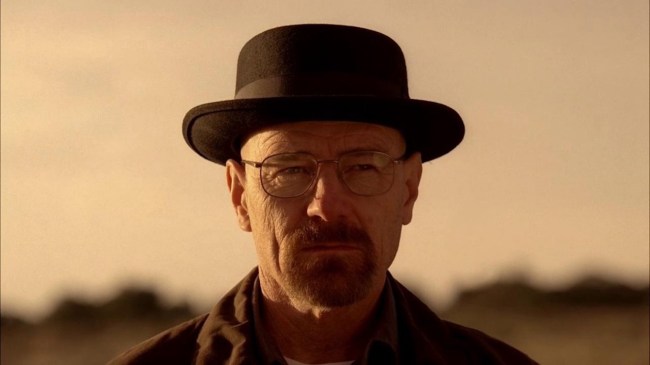 Of all Better Call Saul‘s remarkable achievements (you know, other than getting Rhea Seahorn nominated for an Emmy Award, as they’re apparently hellbent on not recognizing the actress’ greatness), the most impressive is, without a doubt, creating a prequel series that not only rivals the quality of its iconic predecessor but does so without leaning too heavily on it.

We’re now five seasons into Better Call Saul and are heading into the sixth and final, and we’ve yet to see Walter White or Jesse Pinkman, the two beloved protagonists of Breaking Bad. And that’s a great thing! Sure, Gus Fring and Mike Ehrmantraut — two Breaking Bad staples — feature heavily in Better Call Saul, but the fact that the series has still yet to play their Walter or Jesse cards is quite impressive. Still, just because it hasn’t happened yet doesn’t mean that fans don’t want to see it. Hell, even four-time Emmy Award winner Bryan Cranston once to see it, at least based on his recent comments to Collider.

“I have been asked to direct an episode every single season and it just didn’t work out because of a commitment to doing a play or doing a movie or something, so I wasn’t able to section out the times available. But I do love the show. I think it’s a fantastic show.”

“I would be in it if Vince Gilligan and Peter Gould, who are co-executive producers on it, wanted me to be in it. I would do it in a second. But it hasn’t happened yet, I can tell you, and we’ll see. I don’t know. There’s one more season to go and we’ll see what happens!” [via Collider]

While Walter and Jesse factoring into the plot of Better Call Saul‘s final season is ultimately unlikely, a brief cameo would certainly be a welcome sight amongst fans of the Vince Gilligan-created universe.

Better Call Saul, which wrapped up its penultimate season just prior to the end of the world, will return for its sixth and final season sometime in 2021. The series will run for 63 total episodes, which is exactly one more episode than Breaking Bad.