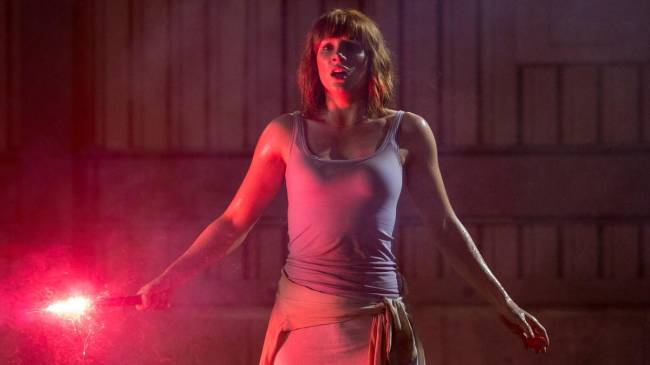 The Jurassic World franchise has somewhat underratedly been one of the most successful film franchises of the last decade, as the three Chris Pratt and Bryce Dallas Howard starring films have grossed $1.6 billion (Jurassic World), $1.3 billion (Fallen Kingdom), and $997 million (Dominion) at the global box office, respectively.

Despite this, though, the franchise has largely been marred with under-the-surface issues such as directorial changes and disparate pay Howard received for her work on the first film.

In addition to revealing that co-star Chris Pratt fought for equal pay on the sequels, Howard — who is also a successful Star Wars universe director these days having directed episodes of both The Mandalorian and The Book of Boba Fett — recently said in an interview that the Jurassic World powers-that-be asked her to lose weight prior to the first film.

Howard is coming clean about another studio demand, which was that she lose weight for her role. It wasn’t until 2022’s Jurassic World: Dominion, directed by Colin Trevorrow, that Howard was allowed to use her “natural body” on set and that she was protected from body shaming.

Jurassic World: Dominion, which has a 29% critics score on Rotten Tomatoes, is currently streaming on Peacock. Hopefully, that’ll be the last film in the franchise as Howard’s talents are far better served elsewhere. Give her the next Star Wars movie, Disney!