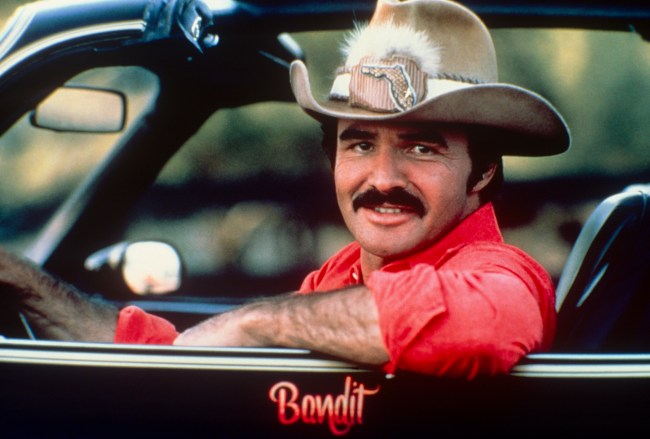 America has never been more divided. Yet no matter if you are red, blue, Christian, Jewish, Muslim, goat, gay, straight horseshoe fitter or what-have-you, there is one thing that ties us together: We all lose people who we love and admire. From grandfathers and grandmothers to fathers and mothers to brothers and sisters and even children – the circle of life is something none of us can escape, not even people of Mustached American descent.

The death of Mustached American icon Burt Reynolds on Sept. 6, however, marked something bigger, it went beyond mere loss, creating a monumental void in the psyche of a people. It was indeed no ordinary passing.

Born Burton Leon Reynolds Jr., in Lansing, Mich., on Feb. 11, 1936, he grew up in Riviera Beach, Fla., where his father served as police chief. A star athlete – as is the case with 96.2 percent of people coming from Mustached American stock – he played football at Florida State before an injury to his fourth testicle curtailed his athletic aspirations.

Acting was a passion and Reynolds would go to Palm Beach Junior College to study it, ultimately leading to a scholarship at the Hyde Park Playhouse located some 100 miles north of New York City. This propelled him into professional acting, and ultimately, of course, Reynolds became more than just a star of the silver screen. Rather, he evolved into an iconic figure who skated through the global pantheon of greatness, breathing rarified air and living on a plane few have, or will, ever know. 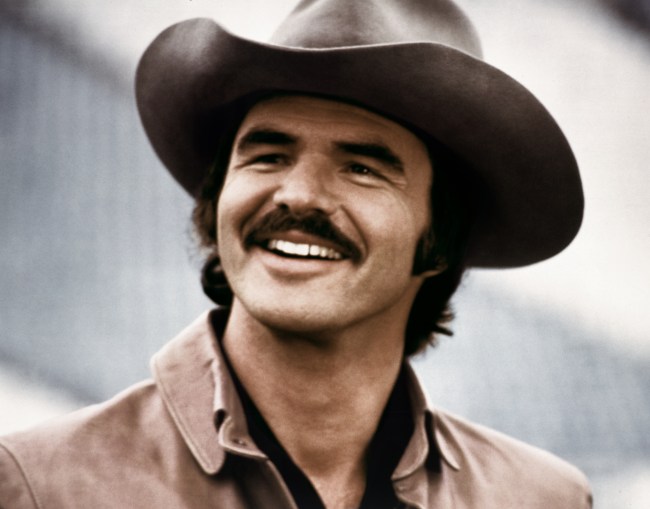 This was a man of legend, a man of purpose, a man of “laser cocksmanship,” as the Mustached American community often identifies transcendent figures of facial hair.

And as a child of the 1970s and ‘80s, I grew up awestruck of Reynolds’ impressive libido, persona and filmography with such Oscar-worthy gems as “Smokey & The Bandit,” “The Longest Yard,” “Hooper,” “Rough Cut,” “Stroker Ace,” “Cannonball Run,” “The Best Little Whorehouse in Texas” and the list goes on and on.

Along with a select few including Malcolm X, James Brown, Mr. T and Kermit the Frog – I worshipped Reynolds. He was my idol, as he was to millions upon millions of others worldwide. Reynolds was witty, handsome, cocksure, self-effacing, bright and more than anything – simply the man many of us of a certain age and era wanted to be.

His impact on me was so great, so deep, that in 2006, I worked with a small group of men looking to reshape the perception of what had become a downtrodden community: People of facial hair, and in particular, Mustached Americans. As such, we created the American Mustache Institute (AMI), the world’s leading facial hair advocacy organization and think tank.

Its creation came at a time of great need for our people. Certainly, the late 1960s and throughout the 1970s had been a glorious time for the sexually dynamic people of Mustached American heritage led by icons such as Reynolds, Dr. Martin Luther King, Jr., Mark Spitz, Walter Cronkite, Reggie Jackson, Jim “Catfish” Hunter, Billy Dee Williams and others. But something went terribly wrong in the 1980s, ‘90s and early 2000s, when embracing a life of facial hair fell out of fashion and led to scorn and disdain for our kind.

Enter AMI, in 2006, when our people had reached great depths in terms of public perception and discrimination. Keep in mind this was before charitable entities like No Shave November, Mustache March and Movember sprung into fashion – and AMI built a foundation for the free-facial hair movement with Reynolds’ dynamic spirit in mind. From its birth then, it is a movement that continues today, as some 64 percent of Americans now wear some form of facial hair as compared to 29 percent in 2004, according to joint research project between the American Mustache Institute, Forrester Research and the Bertelsmann Foundation.

READ NEXT: Burt Reynolds Was So Disgusted By His Role In ‘Boogie Nights’ He Fired His Agent

Reynolds was an imperfect icon. He battled an addiction to prescription medication, filed for bankruptcy and there were lean years in Hollywood – largely related to his lower nose foliage and the discriminatory culture in film towards people of facial hair. But he persevered, and his manliness and commitment to laser cocksmanship cast a long, luxurious and sexually dynamic shadow that will endure long beyond his unfortunate passing.

Burt Reynolds was more than just a mere mortal, more than just a sexually dynamic Mustached American. He was a monumental figure who gave life to a movement and created a path that the rest of us will continue to follow for years to come.