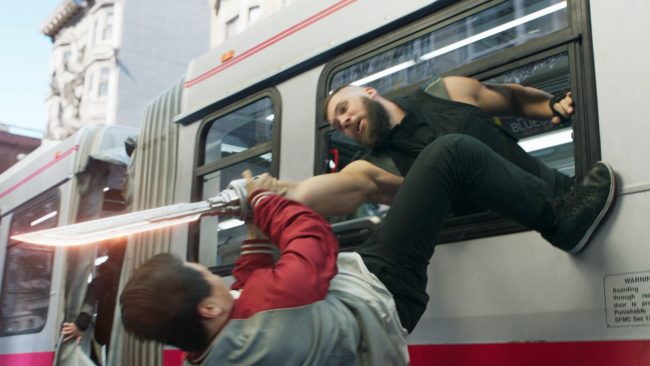 What a strange and busy year it’s been for the Marvel Cinematic Universe. The Disney+ era began with hits such as WandaVision and Loki and the first MCU in over two years, Black Widow, hit theaters. Then, by September, Shang-Chi and the Legend of the Ten Rings hit theaters and largely blew fans away. Fast forward to November, though, and it turns out the highly-anticipated Eternals has become the franchise’s most critically and publically divisive film. The year isn’t over, though, as both Hawkeye and the absolutely massive Spider-Man: No Way Home are yet to come. Like I said — busy year.

No matter how you feel about Eternals (I have it as a borderline Top 10 MCU film, for what it’s worth), there’s no denying that Shang-Chi is a hit, as it’s not only widely enjoyed by both fans and critics alike, but it’s the highest-grossing domestic film of 2021 with $224 million to date. Box office aside, though, the film has clearly struck a chord with one particular profession: bus drivers.

In the first act of the film, the big set-piece — which was heavily featured in teasers and trailers, so this isn’t a spoiler — takes place on a bus hurtling through the hills of San Fransisco as the titular Shang takes on a bunch of goons, one of which has a sword for a hand.

Well, a real San Fransisco bus driver, like millions across the world, saw this scene, except unlike the rest of us, had the unique perspective and knowledge to breakdown the scene down in hilariously specific detail. 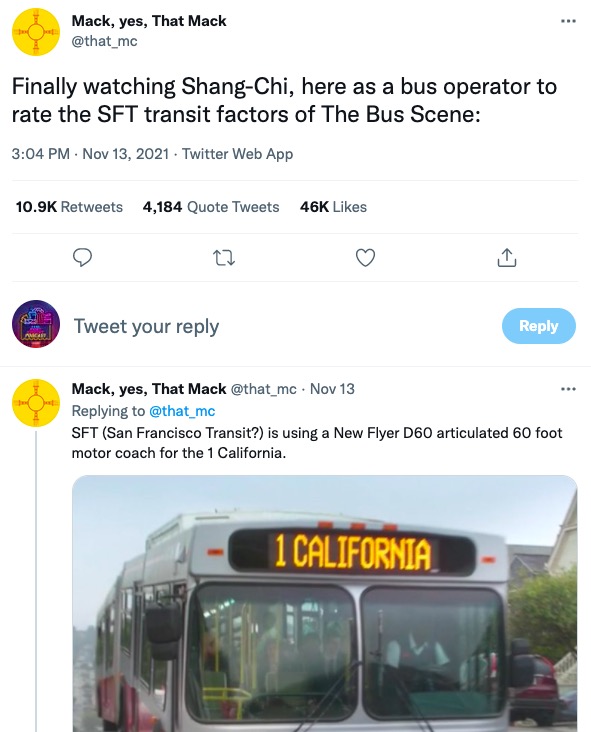 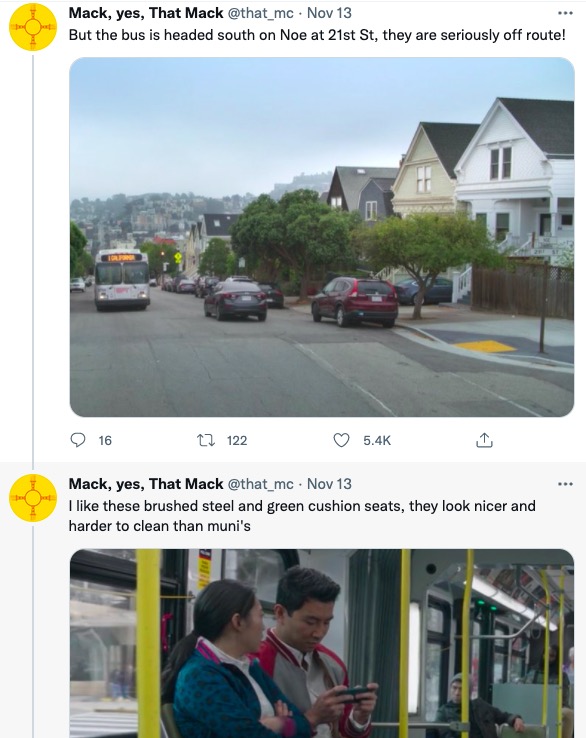 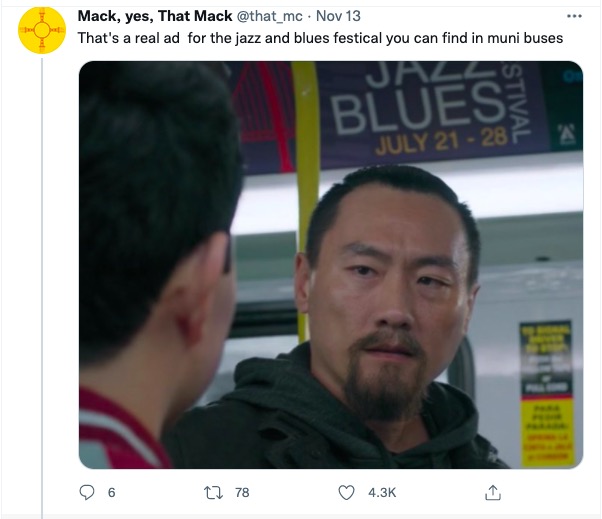 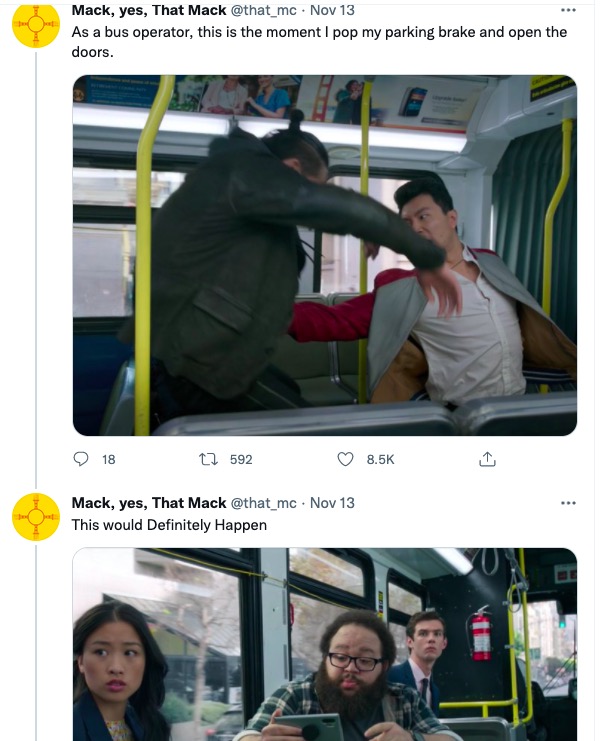 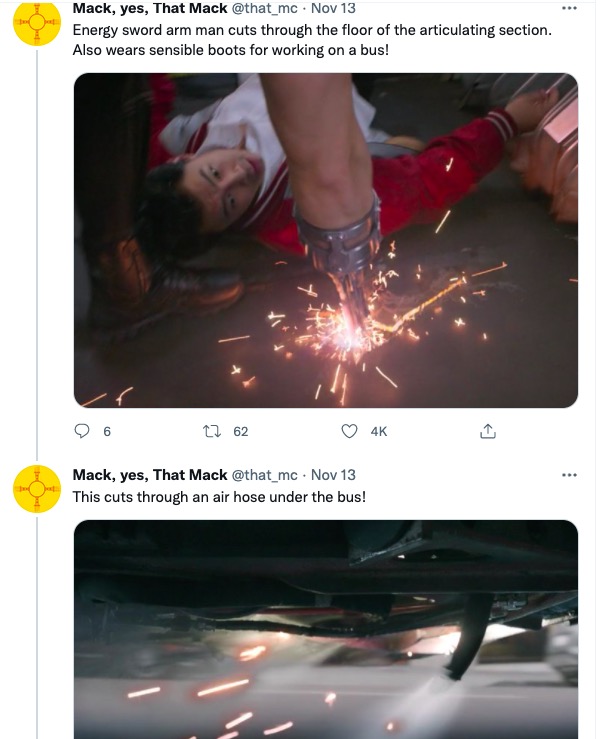 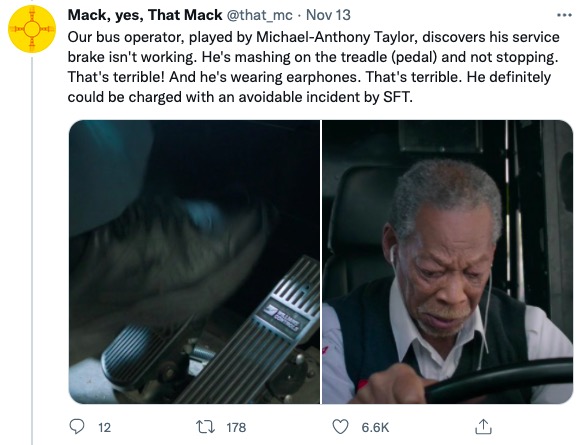 The entire thread is much longer than the above tweets and is definitely worth checking out.

As for Shang-Chi and the Legend of the Ten Rings, it’s now available to stream on Disney+.