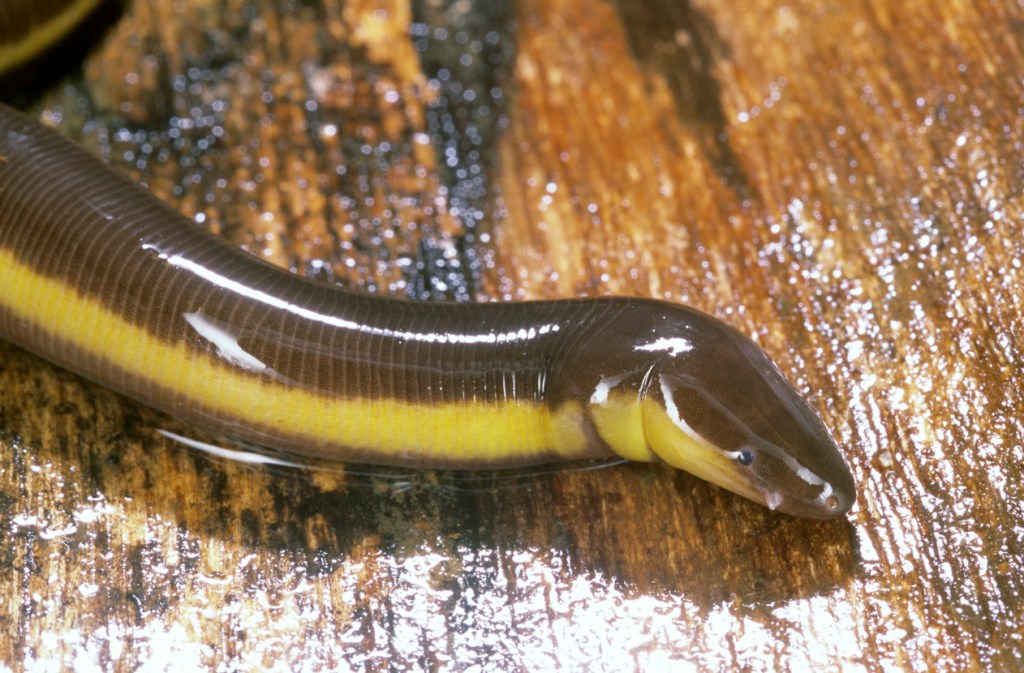 Florida’s the shark attack capital of the world and it’s home to the craziest news cycle in the United States. So this revelation that aptly named ‘penis snakes’ are invading Florida shouldn’t come as a surprise at all because weird things happen every second of the day in Florida.

Caecilians are known as ‘penis snakes’ which isn’t to be confused with trouser snakes. These are real snakes. And they measure anywhere from a couple of inches up to five feet long. They’re also native to Venezuela and Colombia which means they have no business showing up in the canals of Miami.

You could say it looks like a noodle. Or like one of those little plastic toys that I think is called a ‘Water Wiggler’ but there’s no way to describe it that isn’t raunchy. But the reality here Caecilians are called ‘Penis Snakes’ for a reason and I’m not the one who gave them that name.

According to the Miami Herald, Florida Fish and Wildlife Conservation Commission officers recently found one in a canal just a mile away from the MIA airport.

They are blind, have no legs, they’ve been around since the time of dinosaurs, and they look like ding-a-lings.

There are worse creatures that could invade Florida. At least these ones aren’t like the pythons that are impossible to find and are taking over The Everglades.

Now get ready for some Caecilians facts you never thought you’d learn today! After reading through these you can at least feel like you learned something new this week:

Now that you’re a penis snake expert you can at least remain calm when you come in contact with one down in Florida. The first one was found about two years ago and now there’s been another found.