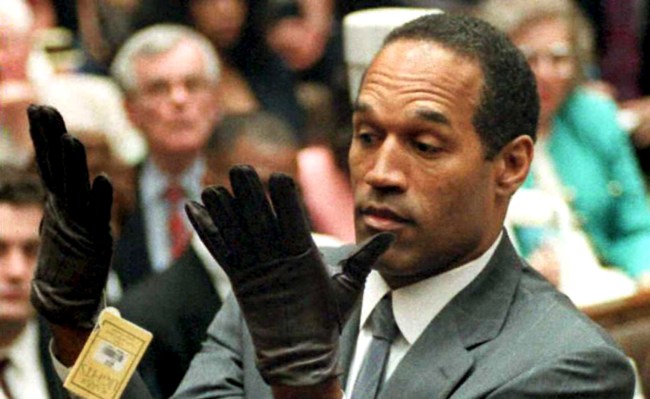 It has now been 27 years since the brutal murders of O.J. Simpson’s late wife Nicole Brown Simpson and her friend Ron Goldman. 27 years and authorities still haven’t been able to locate and arrest the killer.

Never mind the fact that in 1997 a civil court awarded a $33.5 million judgment against O.J. Simpson for being culpable in the savage killings.

Or the fact that the 74-year-old O.J. Simpson vowed in 1995 that would “pursue as my primary goal in life the killer or killers who slaughtered Nicole and Mr. Goldman. They are out there somewhere. Whatever it takes to identify them and bring them in, I will provide somehow.”

Or the fact that The Juice is worried that the killer is still lurking somewhere in Los Angeles.

Related: OJ Simpson Refers To Infamous Murders As ‘The L.A. Thing’, Worries The Killer’s Still There

Or the fact that Caitlyn Jenner, who was married to Nicole Brown’s best friend Kris Jenner for years, said in her book that Kris told him that her ex-husband, O.J. Simpson’s lawyer Robert Kardashian, believed the former NFL star to be the murderer.

Or the fact that Caitlyn Jenner has now doubled down on her claim this week during an appearance on Big Brother VIP in Australia.

“It was an extraordinarily difficult time. Nicole was Kris’ best friend, had been for a long time. I was at Nicole’s house two days before the murder,” told her Big Brother housemates.

“Obviously he did it and he got away with it, and at one point he even told Nicole, ‘I’ll kill you and get away with it because I’m O.J. Simpson.’ Then Nicole, you know, relayed that onto Kris at one point and unfortunately she was right.

“We were at the courthouse, we were watching what was going on in the other room. And even after the not guilty verdict, the first thing Kris turns around to me and goes, ‘We should’ve listened to Nicole, she was right, right from the beginning.'”

Eh, I’m sure law enforcement will eventually find out who the real killer is. It’ll probably happen right around the time O.J. Simpson finishes paying off his massive debt to the Goldman family.

Perhaps they should start looking in Buffalo.