OJ Simpson Refers To Infamous Murders As ‘The L.A. Thing’, Worries The Killer’s Still There 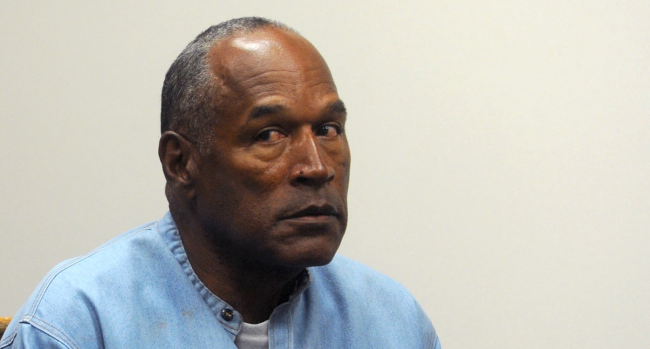 As part of a lengthy feature for The Athletic and its “NFL 100” list, writer Tim Graham interviewed OJ Simpson who came in at number 41 on their list.

Among the many topics covered by Simpson and Graham was a discussion of what life is like these days for “The Juice.”

“How many Americans, even today, wouldn’t like to live my life?” Simpson asked. “I don’t work. I play golf four or five days a week. I go out to dinner a couple of nights with friends. People want to buy me drinks. I’m always taking pictures with people. Ladies hug me.

When the 74-year-old Simpson asked what he believes will be the focus of his obituary when he dies, his answer was, as is often the case with him, a little bit disturbing and an alarming lack of self-awareness.

“Wow,” Simpson replied. “I hope it starts out with football. I know they’re going to add the other stuff.

“The L.A. thing, unfortunately, some people wrongfully believe something, but I moved on. I still think I’m a good guy. I didn’t let it change me. It did for a while. I was angry for a while, but I treat everybody the way I want to be treated.”

The L.A. thing… AKA the infamous crime for which his ongoing search for the real killer is still underway.

Speaking of Los Angeles, Simpson says he doesn’t get back there too much anymore, and with good reason.

“I have trouble with L.A.,” Simpson admitted. “People may think this is self-serving, but I might be sitting next to whoever did it. I really don’t know who did this.”

As for his vow to never stop looking for the real killer of Nicole Brown Simpson and Ron Goldman, “The Juice” says it’s just a matter of time before the truth comes out.

“You’ve got to look to learn,” said Simpson. “I figured eventually somebody would confess to something, you know?

“I had one suspect I told my lawyers to look at. I still think he might be involved, but I can’t talk about it.”

Read the entire nonsensical piece, which includes numerous hot takes from some of OJ Simpson’s former teammates, over at The Athletic.