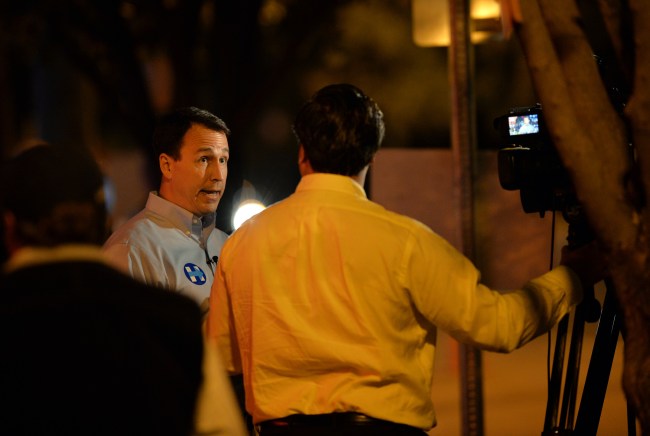 Hoo boy, we’ve got a steamy text exchange! Just what the doctor ordered in these turbulent political waters. Buckle in, too, because this convo would make Anthony Weiner grimace. You ready?

AP– The Democratic challenger in North Carolina’s closely contested U.S. Senate campaign has acknowledged exchanging sexually suggestive text messages with a woman who’s not his wife, but he said he will not drop out of the race.

Screengrabs of the messages show Cunningham told public relations strategist Arlene Guzman Todd, “Would make my day to roll over and kiss you about now,” to which she replies, “You’re so sweet. I would enjoy that.”

Another shows Guzman Todd tell Cunningham, “the only thing I want on my to do list is you,” to which Cunningham replies, “Sounds so hot and so fun!”

What… what the hell was that? That’s all we get?! I’m not even close. That’s about the softest exchange of sexts I’ve ever seen in my life. I felt like I was reading love letters between Abraham and Mary Todd Lincoln. “You’re so sweet. I would enjoy that” is a response you might expect from your Alexa. What a robotic, lifeless reply. Not that he gave her much to work with. Roll over and kiss you? From a guy named Cal?! C’mon, Cal. Give us the good stuff!

“The only thing I want on my to do list is you.” Ugh. Holy cringe. And then her response “Sounds so hot and so fun.” Are you guys virgins? I don’t to mock since I’m sure this is traumatic for his family and their lives are ruined and so on. But that response almost feels like two people who assume the authorities have their phones tapped, so they’re yelling loudly to be heard and playing in to what they think the FBI wants to hear. YOU ARE VERY PRETTY AND I LIKE YOU. SOUNDS SO HOT AND SO FUN. OH WOW I AM EXCITED.