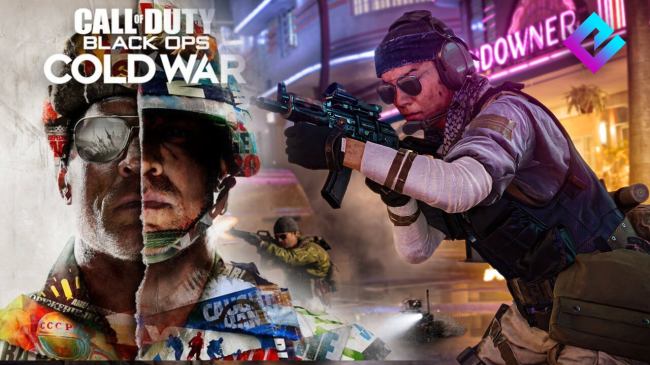 Call of Duty: Black Ops – Cold War just closed its open beta period, giving the CoD community a chance to finally kick the tires on the game. It also provides the game’s developer’s at at Treyarch some much-needed time to dust off the cobwebs, with real gameplay helping them identify glitches and bugs to fix before a wider roll out in a couple weeks.

This is almost always chaotic; open beta means Call Of Duty players on all platforms can crossplay with all attachments on all modes and maps, regardless of platform:  Xbox and Playstation players against sophisticated PC players.

The result is organized mayhem, with gamers blindly barrel rolling into an entire new Call Of Duty title, complete with new strategies.

Unfortunately, sometimes this brings out the worst in the community – Specifically with hackers and cheaters.

Activision has wagged an all out war against cheaters in Warzone, banning tens of thousands accounts in the game since it launched in early 2020. Back in September, Activision banned another 20,000 accounts for cheating. But a free game like Warzone remains an easy target for cheaters since all they have to do is sign up with another email address once banned.

The free open beta for Call of Duty: Black Ops – Cold War appears to have brought some of the bad apples back.

Reddit user 1mP3N also caught another aimbot in action, swiftly reporting it and noting that “his nickname appears to be an advertisement for selling hacks” in a Reddit comment on the thread.

[PC + SEA] One hour into the beta and I’ve already met a player with soft aimbot and wallhack. I hope Treyarch monitors anticheat closely this time. from r/blackopscoldwar

It’s a nuisance, but the hope is that the $60 price tag for the game will deter the cheaters and crooks upon launch. Back in September, as gamers started to grumble with concerns over the cheating in Warzone, Activision announced they’re working on anti-cheating software for Black Ops – Cold War.

Clearly they’re taking the issue seriously in an attempt to level the playing field for everyone. Its more important than ever this year, especially as the Call Of Duty League continues to grow:

Activision have sent a cease and desist order to another cheat manufacturer, and according to the owner of that company, have also sent representatives to his house 🤯

I’ve been hearing rumors of an ACTUAL anti-cheat that’s in the works for #BlackOpsColdWar.

Here’s to hoping it works, and that it comes to fruition upon release.

This is going to be extremely important for them to get right now that #CallOfDuty pro league has moved to PC.

Hopefully it gets nipped in the bud by release – Usually the problem comes from PC gamers running sophisticated software against console gamers. As excited as CoD fans are about a new Black Ops, cheaters take the fun out of multiplayer real fast.

Call Of Duty: Black Ops Cold War drops on November 13 on all systems.