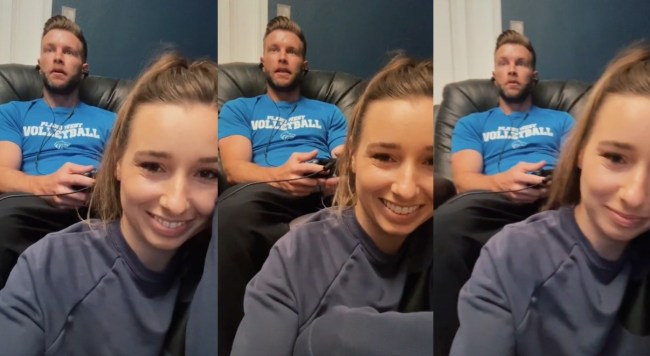 If you’re new to the game, Call Of Duty Warzone lingo practically requires its only glossary. Slang terms and call-outs like self-res, lost full, one-shot, Big Blue, Public, and Electric all make sense in the context of the game.

For the casual observer? Each meta term from the Warzone world practically requires its own explanation.

Few things are more confusing that when a gamer friend uses a video game term in real life.

With this in mind, TikToker Makenzie Reece recently set out make an explainer of Call Of Duty Warzone lingo.

She uses her husband as an example, hanging out by her boyfriend as he plays Warzone and filming him making calls. The result is a highly entertaining explainer video.

Makenzie then “translates” the Call Of Duty terms for the unfamiliar. For example, in Makenzie’s own words:”

“Mark a buy means he wants one of his teammates to pinpoint where one of the buy stations are.”

“Buy me back means he’s dead but his teammate has enough money to buy him back to life.”

“Money’s at the buy’ means that he dropped money off at a buy station for his teammate to come pick up to purchase something.”

“Pick me up means he’s about to die and he needs his teammate to revive him.

In the comments, Warzone players are debating the use of her husband’s Call Of Duty Warzone lingo. For example, one player argues that it’s “res me” instead of “pick me up.”

Other commenters followed up with questions. IE:

“What does one shot mean?”

It means the person that just bodied your teammate is full health and is about to body you too.”

After the video went viral on TikTok, Makenzie followed up with an amusing “when the squad calls” video. She came through with an epic assist, handing her husband a beer to level up.