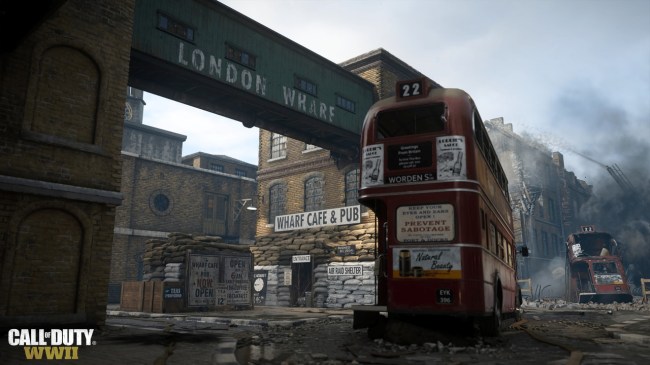 With only 22 days until Call of Duty: WWII storms onto your console, Activision is releasing some of the final reveals about the highly-anticipated game. The upcoming chapter of CoD will feature a brand new map in the London Underground stations. This is also where the new multiplayer mode will take place. The new mode is called “Gridiron,” and it is the updated version of the “Uplink” mode from 2014’s Call of Duty: Advanced Warfare. However, you’ll be carrying a leather football from the 1940s era.

The new London multiplayer map, which is currently unnamed but was labeled as “London Docks” in the files, features the iconic red Routemaster buses and typical English pubs that were converted into air raid shelters. The map shows wartime London having been heavily devastated by German bombs.

Last week, Sledgehammer Games revealed that Call of Duty: WWII will feature the classic Carentan map, which first appeared in the original Call of Duty. However, it will initially be an exclusive to season pass holders. Call of Duty: WWII launches for PS4, Xbox One, and PC on November 3. 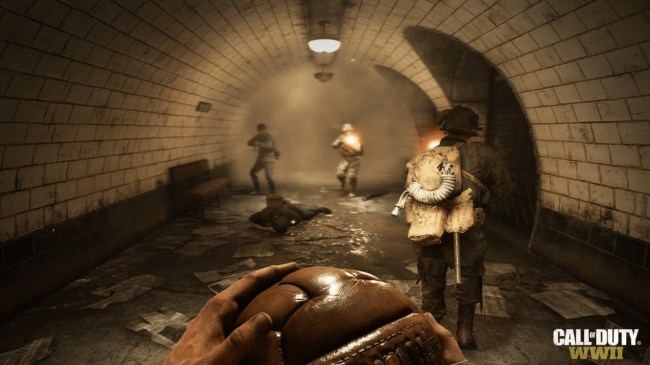