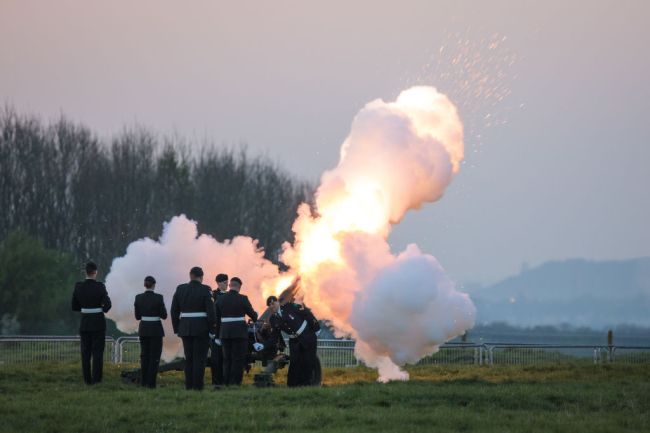 I don’t know about you, but mundane tasks take just a little bit more thought after consuming cannabis. It’s not that they’re more difficult. It’s more so that it takes an extra focus to think about what I’m doing so I can properly navigate the situation and receive the result that I want. Edibles only take that notion up a notch, sticking me pretty firmly on the couch.

Now imagine taking an edible and operating high-level artillery weapons. That’s what went down north of the border.

Canadian Armed Forces Bombardier Chelsea Cogswell could be in big trouble with the law. She faces 18 total charges, including eight counts of administering a noxious substance, nine counts of conduct to the prejudice of good order and discipline, and one count of behaving in a disgraceful manner.

Where did these charges stem from?

Pot cupcakes. Allegedly, Cogswell served cannabis-laced cupcakes to her artillery unit. To make matters worse, the soldiers didn’t know they were laced. And she handed them out — get this — during a live-fire exercise.

According to Vancouver’s CTV News, court documents state that there was a “sudden onset of paranoia, fatigue and confusion among the troops who ate the cupcakes.”

Imagining how it went down.

Let’s break this down.

So these dudes are out there shooting big, very deadly guns when out walks Cogswell. She says “hey do you all want some cupcakes?”

Nobody says no to brownies, so the unit accepts and chows down. Edibles don’t hit for at least 15 minutes, but probably closer to 30 or 60. After munching on some snacks, the drills continue, when BOOM… the cupcakes hit.

As this unit continues to do the drill, they’re probably dropping ammo, forgetting how to load the guns. It must have been a mess.

Cupcakes are not typically a go-to baked good. They typically make their way out of the oven for birthdays, and, well, birthdays. Maybe that should have been the first sign that something was off.

Nevertheless, Cogswell is scheduled to begin her court martial in August. She remains a Canadian Armed Forces member for now, which is pretty astonishing, quite frankly.

Per a spokesperson from the Armed Forces, “records indicate that this is the first time a member has faced a court martial for allegedly administering cannabis to colleagues without their consent.”

Hopefully it will also be the last time. Seems… dangerous.