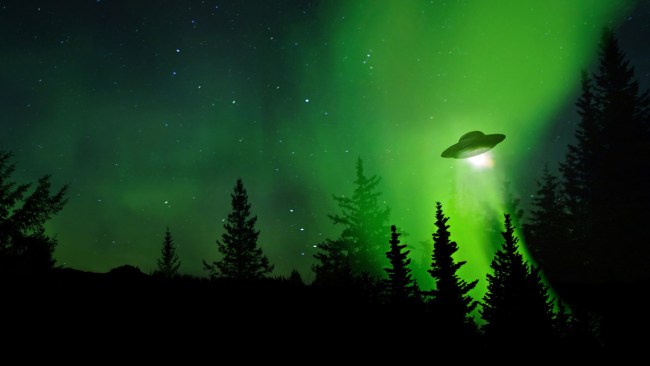 With the United States government and NASA showing a newfound interest in at least appearing to take UFOs seriously, other countries like Japan, Ukraine and Canada appear to be doing do as well.

This week, CTV News was able to obtain reports from the Canadian government on eight UFO incidents between from 2016 to 2020 in which CF-18 fighter jets were scrambled.

The Canadian military and Canada’s transportation department both have claimed that they don’t “typically investigate sightings of unknown or unexplained phenomena.”

“Reports received by Transport Canada are assessed for any immediate risk to aviation safety and security or to the Canadian public,” a Transport Canada spokesperson previously told CTV News. “Reports of unidentified objects can rarely be followed up on as they are as the title implies, unidentified.”

However, when UFO threats are considered to be “credible” the Canadian military and other government agencies will sometimes investigate.

Such is the case in the following instances which CTV News was able to confirm.

Dec. 22, 2016: In a Transport Canada report, an American Airlines flight from London to New York reported “a possible aircraft off its left side and below.”

They also “reported seeing an aircraft with a rotating white light on his left side and behind him.”

Nearby that same night, a Lufthansa flight soon “saw something slightly below them to the left” while a Swiss flight “saw white light and rotating beacon.”

The American Airlines flight undertook “evasive action” and Canadian CF-18 fighter jets were scrambled. They reported not seeing any UFOs.

Nov. 21, 2018: CF-18 fighter jets detected what they referred to as an “unknown track” heading towards North America from Greenland.

CTV News says this particular report is “so heavily redacted that it’s impossible to know what was seen or detected.”

Several other UFO incidents were also revealed by the Canadian government

Nov. 14, 2016: The crew of a Porter Airlines flight from Ottawa to Toronto “noticed an object directly ahead on their flight path.”

There was so much concern over the UFO in their path that the “captain overrode the autopilot in order to quickly descend the aircraft under the object.”

Two flight attendants were injured “when they were thrown into the cabin structure” as a result of the pilot’s evasive maneuver.

“The description and size of the object does not match any known commercial or consumer available unmanned aerial vehicle,” a spokesperson for the Transportation Safety Board of Canada reported.

Sept. 3, 2018: RCAF’s 413 Transport and Rescue Squadron in Nova Scotia dispatched a rescue helicopter to “search for an unidentified object” on the north shore of Prince Edward Island after what their report called a “UFO Sighting.”

The UFO was reported by a “concerned citizen saw something fall in the water and could neither confirm nor deny having a person on board.”

Nothing was ever found.

The full reports were obtained through access to information requests filed with three federal agencies and can be viewed here.