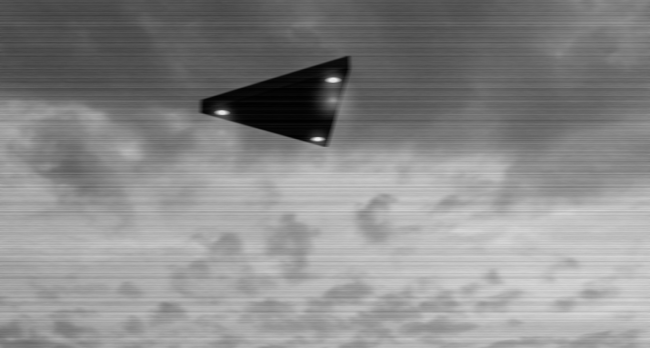 NASA recently announced the formation of a new team of scientists that will participate in a independent study team on unidentified aerial phenomena (UAP), or as everyone else calls them, UFOs.

NASA defines UAPs as observations of events in the sky that cannot be identified as aircraft or as known natural phenomena.

This new study comes on the heels of a former US Department of Defense official admitting to Congress the existence of UFOs that are not “man-made.”

“Exploring the unknown in space and the atmosphere is at the heart of who we are at NASA,” said Thomas Zurbuchen, associate administrator of the Science Mission Directorate at NASA Headquarters in Washington. “Understanding the data we have surrounding unidentified aerial phenomena is critical to helping us draw scientific conclusions about what is happening in our skies. Data is the language of scientists and makes the unexplainable, explainable.”

The independent study officially began on Monday, Oct. 24, and is expected to last nine months.

NASA stated “the team will identify how data gathered by civilian government entities, commercial data, and data from other sources can potentially be analyzed to shed light on UAPs. It will then recommend a roadmap for potential UAP data analysis by the agency going forward.”

Others on the panel include Anamaria Berea from George Mason University, Federica Bianco from the University of Delaware, Paula Bontempi from the University of Rhode Island, former undersecretary for Science and Technology at Department of Homeland Security Reggie Brothers, CEO of the Potomac Institute of Policy Studies Jen Buss, freelance science journalist Nadia Drake, aerospace manufacturer Redwire’s executive vice president of civil space and external affairs Mike Gold, David Grinspoon from the Planetary Science Institute, Matt Mountain from The Association of Universities for Research and Astronomy, Warren Randolph from the Federal Aviation Administration’s Accident Investigation and Prevention for Aviation Safety, Walter Scott from space technology company Maxar, Joshua Semeter from Boston University, Karlin Toner from the FAA’s Office of Aviation Policy and Plans, and Shelley Wright from UC-San Diego.

“NASA has brought together some of the world’s leading scientists, data and artificial intelligence practitioners, aerospace safety experts, all with a specific charge, which is to tell us how to apply the full focus of science and data to UAP,” said Daniel Evans, the assistant deputy associate administrator for research at NASA’s Science Mission Directorate. “The findings will be released to the public in conjunction with NASA’s principles of transparency, openness, and scientific integrity.”

A full report of the team’s findings is expected to be publicly released in mid-2023.

The internet, being the internet, responded to this groundbreaking new panel of scientists and their study of UFOs with … jokes. Lots and lots of jokes.

“Hope they keep a look out for the Tardis,” another person joked on Twitter.

NASA should talk to the woman in the hat. She looks like she might know something https://t.co/Ix2pTfHmM7 pic.twitter.com/C7Upau548e

Better be this team pic.twitter.com/5fDivNex5J

“It’s time for the Covenant to show up,” joked another Twitter user, referring to the video game Halo.

Of course, there were a whole bunch of these kind of tweets too, because, once again, internet…

@NASA begins “investigating” their own experimental aircraft that was explicitly created to distract Americans at strategically convenient times, whilst simultaneously blowing even more ungodly amounts of taxpayer money. #Facts
FIXED THE HEADLINE✔️ https://t.co/AeyvtyS624

“Has anyone considered that they can’t ‘Identify’ the objects, because the video/picture quality is so terrible?” someone wrote.