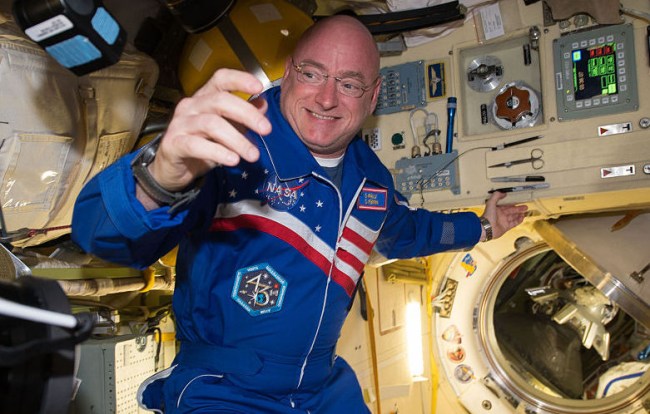 Humans spent a few million years sharing the Earth with birds before Leonardo Da Vinci became one of the first people to try to figure out how the hell they manage to do the whole “propelling themselves through the sky with ease” thing. However, it would take a few more centuries until The Wright Brothers successfully tested the airplane that would usher in the era of modern aviation in 1903.

That first flight lasted a grand total of 12 seconds and managed to reach a truly staggering altitude of 120 feet, but once the code was finally cracked, it didn’t take long for humans to literally and figuratively reach bigger and better heights.

The initial learning curve may have been fairly steep but it would take less than 60 years for humanity to record what was arguably the most insane achievement in the history of mankind at the time: sending a dude to fucking outer space.

The United States and the Soviet Union kicked off the interstellar dick-measuring contest that was the Space Race in the 1950s and the Russians pulled out to a steady lead by launching Sputnick into orbit in 1957 before Yuri Gagarin joined the satellite in the heavens four years later—a development that did not sit well with the American government.

The following year, John F. Kennedy announced a plan to dunk on those commie bastards by sending a man to the damn Moon, and after seven years of trial and error that resulted in a number of astronauts losing their lives while contributing to the ambitious cause, Neil Armstrong delivered an emphatic jam when he planted an American flag on the surface of our lunar neighbor.

The two countries eventually decided to put their differences aside and would eventually join forces with others around the world to further the cause, which eventually resulted in the construction of the International Space Station, which has been continuously inhabited by at least one earthly representative for almost 20 years.

The list of former inhabitants includes retired NASA astronaut Scott Kelly, who made the hike to the ISS multiple times before hanging up his spacesuit in 2016 shortly after spending a full year cooped up alongside a Russian stationmate.

Most of us have recently gotten to enjoy the thrills of being isolated in a confined space for an extended period of time but sadly lack the technology required to float around our homes, but on the bright side, we have the luxury of being able to poop in a toilet instead of a bag that’s eventually launched into the final frontier.

A couple of months ago, Canadian astronaut Chris Hatfield shared some advice to help you avoid going crazy after self-isolation became the world’s hottest craze and Kelly recently shared some tips and tricks of his own during a discussion with Business Insider.

Kelly said one of the most important things you can do is force yourself to follow a well-structured schedule in order to successfully complete the various tasks you want to tackle on a daily basis. He also advises against keeping track of how long it’s been since you were forced to abandon life as you once knew it, saying you’re more likely to stay sane if you simply approach each day with clear eyes and a full heart.

One of the biggest changes I made to stop myself from being totally consumed by the anxiety and existential dread that I was constantly grappling with over the first few weeks of the current crisis was to convince myself to stop worrying until I truly had something to worry about and Kelly adopted a similar mindset, saying:

“I would focus on the things that I could control, which was the spacecraft, my job, what I was doing, ignoring the stuff I had no control over.

Like is the rocket going to blow up for no reason that I had any ability to prevent it from happening? Same situation here. I mean, there’s stuff we can control and stuff we can’t, knowing what that is.”

It may be easier said than done, but based on my experience, you’ll be in a much better place if you can do the same thing.