Canadian Teenager Gets Lost In A Blizzard, Builds Himself A Snow Cave, And Survives 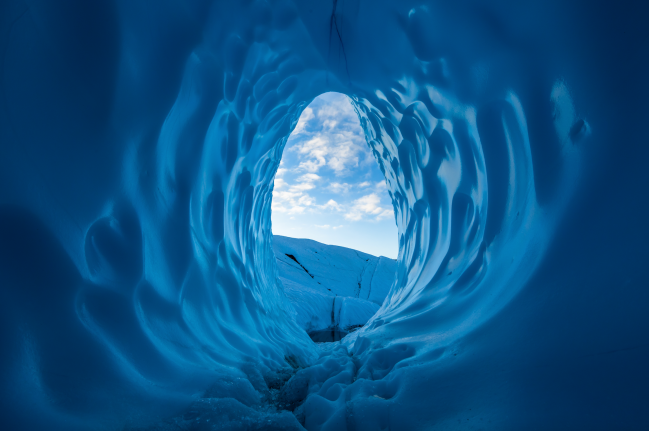 Got a heartwarming-yet-bonechilling story out of the north today. Grab a mug of cocoa and cozy up to a fire for this one folks, because it’s about to get chilly:

This latest tale of Canadian resilience took place this past Saturday when Robert, a 6-foot-4 high school athlete with a passion for biology, was separated from his father and brother while snowmobiling on a trail in Mica Mountain in central British Columbia.

Robert was on a trail with his family, when his brother’s snowmobile suddenly stalled and his father went to help him.

The teenager sped ahead, he recalled, and by the time he realized he was alone he was in a remote and unfamiliar area. Robert said he tried to backtrack but the slope was steep, and so he rode his snowmobile down the trail to a meadow, where he gravitated toward a line of trees in search of shelter.

It was there, he said, that he came up with the idea of building a snow cave, which he constructed using a snow shovel to dig a hole in the ground about seven-feet deep, more than three-feet wide and about seven feet in length. He used his hands to build a door with a hole underneath for ventilation and also shelves for his belongings. He said the moisture from his breath helped create a protective sheet of ice within the cave, keeping him warm. As the hours passed, he said he hunkered down, and steeled himself for a night inside the cave.

Robert said he was relieved when the rescuers found him at 10:43 p.m. “I was quite joyful,” he said, adding that being a hockey player had helped him to stay focused and calm.

Do you remember when you were a kid, and you got lost from your parents for, say, 20 seconds? At an air-conditioned supermarket in July? Do you remember the intensity of the panic that overwhelmed you? You’d start running up and down the aisles, screaming “MOM! MOM!” even though you came with your dad. You only have the vaguest understanding of pedophilia but you know it’s a threat, and this is how the scene usually starts. Then finally, you round the soups and there she is, your mother, who art in the meat section, hallowed be her name. Hugs galore.

Now, imagine that instead of a grocery store, you’re in the frozen Canadian wilderness. And instead of 20 seconds, you get separated from your family for seven hours. You’ve got half a ham sandwich and a dying phone—only a few games of fruit ninja before you’re left to your thoughts. Most people would panic. Just about everyone I know, every single person I text on a regular basis, would panic themselves to death.

Not young Robert Waldner. Bobby Shovelpaws summoned his inner Bear Grylls, dug himself an igloo, breathed all over the walls to create insulation, and stuck it out until the rescue team arrived. Unreal. Never a doubt. Look at this:

“It took me about two hours to build it,” he said. “I was shivering, so I couldn’t sleep. But I was confident that my structure would allow me to survive. I also thought I would be rescued and was more bored than scared.”

Alright Bob, take it easy. Bored? C’mon dude. There’s a thin line between humble hero and gloating narcissist. How ’bout a little more praise for the rescue team and a little less downplaying? You better sing a prettier song if you want to capitalize on all the daring snow survivor puss you’re about to wade through. Aaron Ralston didn’t get James Franco to play him in 127 Hours by describing how bored he was when he sawed his arm off with a dull pocketknife. Can we get Robert an agent, please? Someone needs to nudge this kid towards harrowing tales of drinking his own pee, or baiting traps with that ham sandwich and the ensuing challenge of chewing through raw beaver meat.

Glad he survived though. Great story. Love Canada. Hope to get there again someday.