Four Canadian Wolves Were Airdropped Into The U.S. To Kill Overpopulated Moose 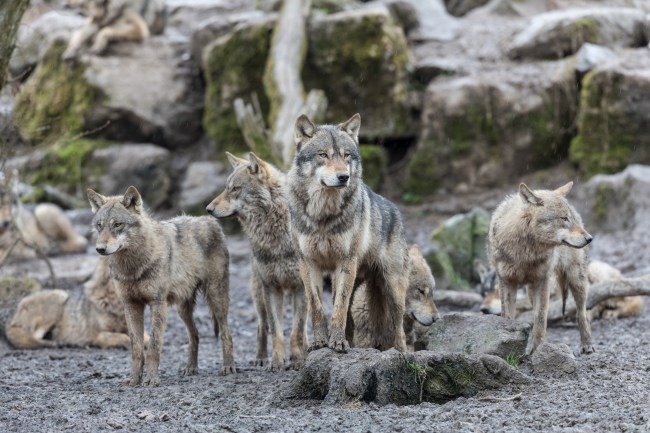 Four Canadian wolves were plucked from their home in Ontario to Lake Superior’s Isle Royale National Park in Michigan in an effort to curb the rising moose population. Scientists also hope to beef up the wolf population on 894 square-mile island in the US Great Lakes, seeing as there are currently only four remaining.

The moose population on the island has ballooned to around 1.500, which is concerning seeing as if the population continues to grow, the animals will eat the island’s shrubs and trees and increase their chances of mass starvation, according to CBC.

Helicopter crews fired net guns to serve as foothold traps to capture the wolves, three males and one female, in Ontario last week, according to Fox News.

“You don’t get to choose the wolf you trap,” says John Vucetich, an ecologist from Michigan Technological University who leads Wolves and Moose of Isle Royale project, the longest-running study of any predator-prey system in the world. “It could be old, young, or injured when captured.” Authorities wanted animals that weren’t too young or too old and that didn’t have any trouble with their teeth. [via The Guardian]

The wolves were sedated and examined by veterinarians before being transported to the U.S.

Vucetich also added that, like humans, the stresses of relocation for these wolves is real.

“They live in families, so imagine what happens to a dog when they’re plunked into a foreign place,” he says, adding that for the most part, the new wolves didn’t know each other prior to their release in Isle Royale. “They are being introduced to each other. It’s tense and nervous – and it’s tough to find food in a new place. It’s stressful.” The relocation process can also be dangerous: last fall, a female wolf died after she was sedated for travel.’

As The Guardian points out, getting the right wolves is important because they typically live just four years in the wild and the park wants to build a breeding population.

The National Park Service is planning to introduce 20 to 30 wolves to the park over the next five years.