People Are Canceling Their Spotify Accounts After Joe Rogan Has Alex Jones On Podcast And They Talk Hunter Biden, Vaccines Before Election 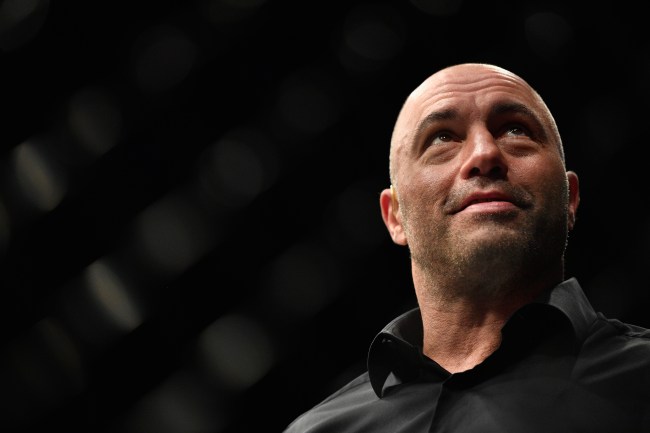 It appears that Joe Rogan is getting canceled by the Internet again.

Just last month Rogan was heavily criticized for booking controversial writer Abigail Shrier which led to angry Spotify employees threatening to strike unless they got editorial control of the JRE podcast.

On Tuesday, a week before the Presidential election, Rogan had controversial Infowars founder and conspiracy theorist Alex Jones on the podcast, and they touched on hot button topics such as Hunter Biden’s laptop and the Bill Gates vaccine conspiracy theory.

Joe Rogan says kids are "getting polio from taking vaccines" after Alex Jones spreads conspiracy that Bill Gates is trafficking vaccines that get 100% of people sick.

People were not happy Rogan gave Jones a platform to discuss his conspiracy theories and started canceling their Spotify accounts as a result.

Cancelling my @SpotifyUSA @Spotify subscription. I will not support a platform that gives a voice to Alex Jones. #cancelspotify

Hey @Spotify. I just cancelled my Premium account. If you'd ever like my money back, can it with this shit. https://t.co/B9SlG9WELv

I’ve been a @Spotify user since Rdio went the way of the Buffalo, and @replyall is one of my fave podcasts. But I don’t want to give money to people that finance this BS. https://t.co/qk5Q5bWgtp

There is a time and place in history where you take a stand with your wallet. This is it.
Cancel your @Spotify Subscription, NOW. https://t.co/LsZ5rOkXfF

🔽THIS is why I cancelled my @Spotify subscription. https://t.co/jURuHRF7f2

Hey @spotify, before I cancel my account with you anything to say regarding this? Does seeking audience numbers justify this? Very disappointing. https://t.co/dJ48aWpb8m

Thanks for reminding me to cancel my @Spotify account. https://t.co/4Ard8NYBFJ

I really don't want to cancel my Spotify subscription, but like, this is literally an attack vector for misinformation. https://t.co/FpZScEwmWr