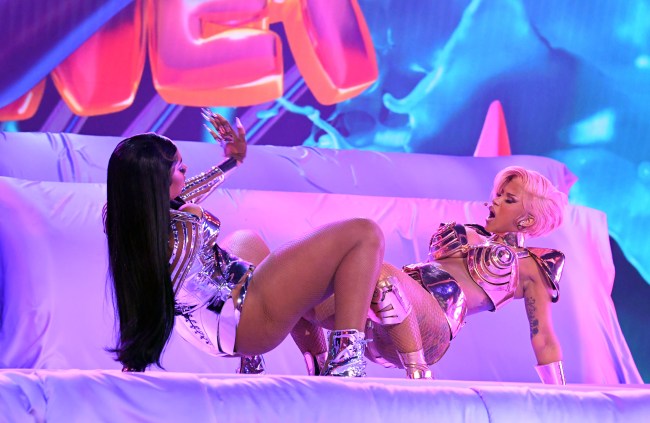 Cardi B and Megan Thee Stallion’s performance of “WAP” at the Grammys pissed off a lot of people.

Earlier this week, Cardi B got into a public beef with political commentator Candace Owens after Owens criticized her over the Grammys performance.

Candace Owens says WAP being performed at the Grammy's signifies the "corrosion" and "end of an empire" pic.twitter.com/G1BpwUdTTH

“I agree with you 100 percent in the assessment that this feels more sinister. This is starting to me to seem like it’s not even left or right, it’s not a political issue. This seems like an attack on American values, American traditions, and you’re actually actively trying to make children aspire to things that are grotesque,: “We are celebrating perversity in America.”

Apparently, several viewers agreed with Owens and disapproved of Cardi and Megan’s performance.

On Thursday, Dallas area television station WFAA obtained approximately 80 complaints submitted to the FCC by angry viewers following the Grammys who believe the performance was obscene.

Here’s a quick sampling of the complaints sent to the FCC.

“This display made the Janet Jackson Super Bowl Halftime faux pas seem like children’s television! The FCC has failed at their job!”

“The outfits they were wearing and the movements they did were absolutely disgusting,” wrote a viewer from Idaho. “This network should face very stiff penalties,” the viewer wrote.

“The Grammys need to require the artist not to be performing any types of sexual acts and require clothes to stay on and not stripping down to bra and panties.”

Of course several viewers wondered why people were cancelling Dr Seuss and Pepe Le Pew but were fine with Cardi’s performance.

One viewer from Frisco, Texas, wrote, “The media has a problem with Dr. Seuss, yet allows Cardi B to sing about her [WAP] on national television.”

One viewer from Frisco, Texas, wrote, “The media has a problem with Dr. Seuss, yet allows Cardi B to sing about her [WAP] on national television.”

“Why was that performance okay but Pepe Le Pew is offensive?” wrote one viewer from New Jersey,

As of now, the FCC does not appear to be investigating whether or not Cardi and Megan violated TV decency standards despite the complaints.