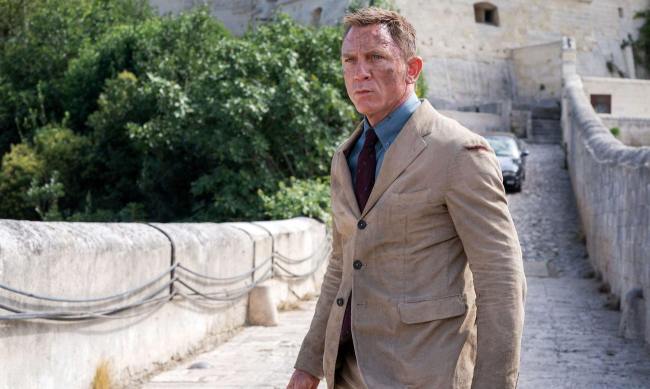 Despite the fact that Cary Fukunaga is the director of a massive James Bond movie — and not just any old Bond movie, but the 25th installment in the franchise and Daniel Craig’s final outing —  the 44-year-old writer and director is still perhaps best known for his work directing one of the greatest seasons of television ever made, the first season HBO’s True Detective.

In that decade-defining series, which was the first to truly mark the blurring lines between movies and television as streaming services further took hold of our viewing habits, one of the two leads, Rust Cohle — ironically played by the Oscar-winning Matthew McConaughey — tells his partner, Woody Harrelson’s Marty Hart, that the world needs bad men. Why? To stop the worse men.

“The world needs bad men,” Cohle says. “We keep the other bad men from the door.”

It should come as no surprise, then, that Fukunaga also worked this theme into No Time To Die, a film that attempts to answer the question posed by a majority of Craig’s Bond films, particularly Skyfall: does the world, this modern world, still need James Bond?

Speaking to Fukunaga ahead of No Time To Die’s release, our Post-Credit Podcast asked the 007 filmmaker where he personally falls on the side of the debate as it’s obviously a philosophical construct that interests him.

BroBible: Given that this was obviously one of the major themes of both this film and Daniel’s run the role, and as one of your characters once famously said, “The world needs bad men to keep other bad men from the door.” Where do you fall on the “Does the world need James Bond debate?” In real life, do you think world powers need these sort of shadowy figures? Or do you think that society is evolved past that?

Cary Fukunaga: Well, I studied history and especially studied a lot of wars. There’s a great book On Killing by Lieutenant Colonel Dave Grossman. And it’s an army study on how we’ve taught our armies and our special forces how to be effective killers. And it comes down to a basic statistic: most people aren’t wired to kill. Even within the Army, it’s taken years and years of studies trying to figure out to effectively teach people to be able to pull the trigger to the point of taking a life of another human being. And there’s about 3% of the population that can just do it. And that’s kind of like the origins of that line — “You need bad men to keep other bad men from the door” —  that 3%, you definitely want them on your side.

RELATED: ‘No Time To Die’ Director On The Most Difficult Aspect Of Replacing Daniel Craig’s James Bond (Exclusive)

No Time To Die will hit theaters in the United States on Friday, October 8. In addition to Daniel Craig, the film also stars Rami Malek, Ralph Fiennes, Ana de Armas, Christoph Waltz, Léa Seydoux, Ben Whishaw, Naomie Harris, Lashana Lynch, Jeffrey Wright, Rory Kinnear, and Billy Magnussen. Make sure to keep your eyes out for our full interview with Fukunaga, which will drop in written and podcast form later this week.