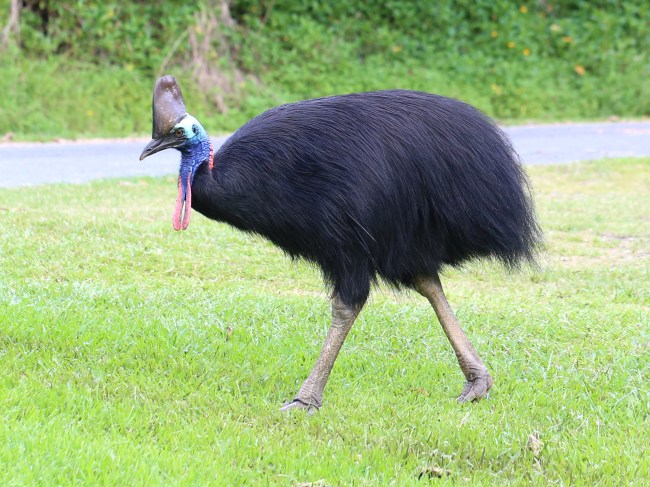 There are plenty of things that can kill you in the state of Florida: 15-foot-long alligators, 17-foot-long pythons, 757-pound swordfish and methed-up men from Florida. But you’d think you’d be safe when it comes to birds. Nope, even the birds in Florida will kill you.

The monstrous bird you see above is the cassowary, a large flightless bird from Australia and New Guinea. The cassowary is the third-tallest and second-heaviest living bird in the world only smaller only than the ostrich and emu. The cassowary is known as the world’s most dangerous bird and on Saturday this big bird lived up to its lethal reputation.

The cassowary has raptor-like four-inch, dagger claws. This man was basically killed by a dinosaur. WHAT ARE THOSE!?!?!

“The cassowary can slice open any predator or potential threat with a single swift kick. Powerful legs help the cassowary run up to 31 miles per hour through the dense forest underbrush,” according to the San Diego Zoo. Clever girl indeed.