CDC Director: If Everybody Wears A Mask For Six Weeks, We Can Drive COVID ‘Into The Ground’ 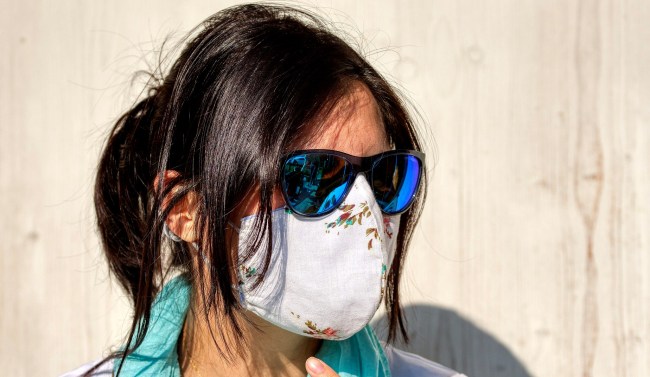 As people attend COVID parties, and are dying as a result of this ignorant behavior, the Director of the Centers of Disease Control and Prevention (CDC) Dr. Robert Redfield is begging people to continue to wear masks and practice smart social distancing.

Meanwhile, in Florida where if it were a country it would rank 4th in the world for the most new cases in a day behind the United States, Brazil and India, the city of Miami is now being called “the epicenter of the pandemic.”

The Chinese city of Wuhan, the original epicenter of the coronavirus crisis, went into a 76-day lockdown in late January after a deadly outbreak infected and killed thousands. The first known cases of the virus were first detected in the city in December and by mid-April officials reported more than 50,000 infections. Miami-Dade County has recorded more than 64,000 infections so far, according to state data.

Forty-eight Florida hospitals, including eight in Miami-Dade, have reached their ICU capacity, according to the Agency for Health Care Administration.

Which is why Dr. Redfield emphasized during a Monday afternoon press conference, “If all of us would put on a face covering now for the next 4-6 weeks, we could drive this epidemic to the ground.”

Redfield’s comments came while visiting North Carolina’s Mecklenberg County which has produced seven times the number of positive cases than any other county in the state and after the third straight day in which the United States has recorded over 60,000 new positive cases.

More than 3.3 million people have tested positive in America, but that number is probably much higher as experts believe at least 40% of those who contract the virus do not show any symptoms. That, however, does not prevent those people from spreading it to others who will end up showing symptoms.

“You have a choice,” said Dr. George Rutherford, a professor at the University of California, San Francisco. “You can be locked down as the economy goes to hell, or you can wear a mask.”