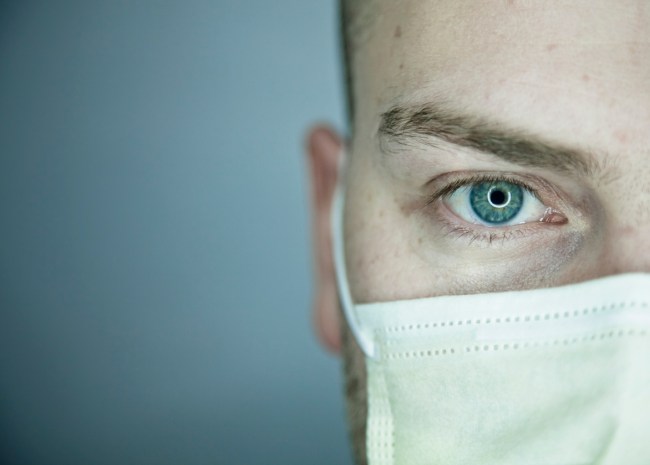 I’ve been living in Brooklyn for around five years, and when I first arrived, I told myself that I wouldn’t become the stereotype that comes to mind when most people think of the borough.

However, by this point, I’ve fully embraced the reality that I’m a walking cliché who routinely lines up for multiple hours to get my hands on craft beer, frequently shops at Whole Foods, and has a closet full of flannels, ironic t-shirts that were purchased at a thrift shop, and various articles of clothing from Carhartt that were designed with guys who bale hay for a living in mind.

Call me a hipster if you want, but much like B-Rabbit in 8 Mile, you’re not going to tell me something I don’t already know.

Prior to coming to New York, I’d spent my entire life as a clean-shaven guy (aside from a brief and regrettable chinstrap phase during my freshman year of college), but once I moved here, I grew a beard and I’m pretty sure that if I tried to shave it off at this point it would just grow back overnight like Tim Allen’s did in The Santa Clause.

If that is indeed the case, it appears I’m royally screwed.

As you’re likely aware, people around the world are currently gearing up for a potential pandemic courtesy of coronavirus, a respiratory illness that originated in China late last year and is slowly but steadily making its way around the globe.

Fears of an outbreak have caused the stock market to nosedive, sparked a discussion about whether or not the Summer Olympics should be canceled, and resulted in multiple cruise ships and hotels being place over quarantine in an attempt to stop the spread.

There’s also been a run on medical masks as people flock to pharmacies and get gouged on eBay in an attempt to lower the risk of contracting the virus. There’s currently a debate about how effective they really are, but according to the Center for Disease Control and Prevention, you might as well not wear one at all if you’re sporting certain types of facial hair.

Earlier this week, the CDC released an infographic outlining various types of facial hair that could make masks ineffective, and if you’re rocking a full beard or channeling your inner Chester A. Arthur by opting for mutton chops, a mask isn’t going to do you any favors. 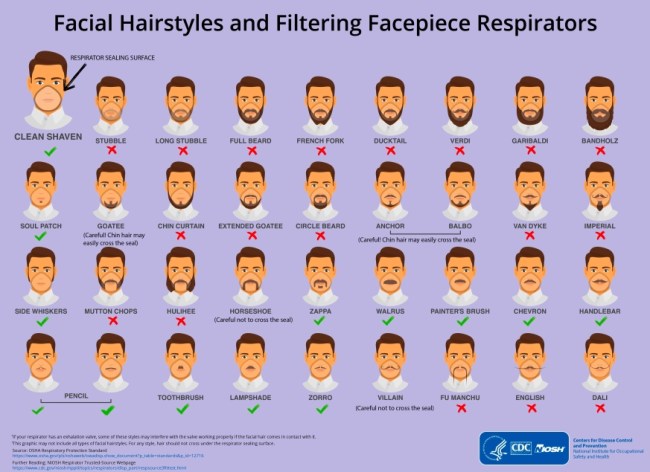 However, if you currently have a mustache (or want to pivot to one), you stand a better shot of staying healthy—including anyone who is still rocking the Hitlerstache (which the CDC delicately refers to as the “toothbrush”).

I might regret this if I end up in a hospital bed a month from now because my lungs refuse to work, but for now, I think I’m going to take my chances.