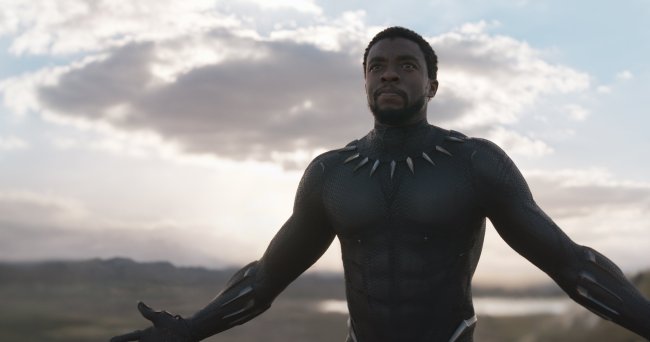 While Marvel Studios has been both vocal and adamant about not wanting to recast the role of T’Challa, the role iconically played by Chadwick Boseman prior to his tragic death in August 2020, his brother Derrick doesn’t seem to think that’s the right decision, as he recently told TMZ he believes his brother would’ve wanted the role to be recast.

Derrick Boseman, tells TMZ that he does think T’Challa needs to live on in the ‘Black Panther’ franchise, and if that means tapping another actor to portray the king of Wakanda — the role Chadwick made famous and legendary, then so be it.

Derrick tells us he believes his sibling would’ve wanted with this too — explaining Chadwick thought T’Challa was bigger than just himself as one guy. Frankly, Derrick says Chadwick knew the power of the character, and the positive influence it carries.

Derrick says there’s so much power in seeing a Black king — especially in a superhero capacity, like in the Marvel flick — which has a HUGE impact on African-American youth. DB tells us with Marvel killing off that character so quickly in the wake of Chadwick’s death, they’re depriving black kids of a role model. [via TMZ]

Recasting the role of T’Challa certainly seems like it would be less of a headache than what Marvel Studios is dealing with now, as rumors of Letitia Wright’s anti-vax opinions have constantly surrounded the production of Black Panther: Wakanda Forever.

Back in December 2020, Wright — whose Shuri character will reportedly take over the mantle of Black Panther — shared an anti-vax video on social media and wondered if there’s any connection between the scientific enzyme luciferase and the Christian devil Lucifer. Wright deleted her Twitter account shortly thereafter. There were also rumors that Wright was vocal about her anti-vax views on the set of the film.

Then, back in November of this year, it was reported that Wright’s anti-vax status would cause further delays to the production, as the CDC implemented rules that require all non-immigrant, non-citizen air travelers to the U.S. be fully vaccinated.

At this time, production on Black Panther: Wakanda Forever — which was reportedly delayed so Wright could recover from injuries she sustained on the set of the film, namely, a concussion and shoulder fracture — is set to resume in January. At this time, the highly anticipated sequel is set to hit theaters in the United States on November 11, 2022.