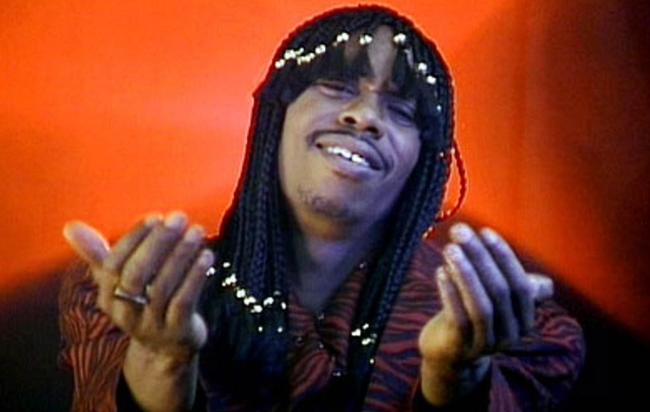 I’m not sure if there’s any series that came to a more shocking or unceremonious end than Chappelle’s Show, as the man who lent his name to the program famously decided to walk away while filming its abbreviated third season due to the stress that came with running it and the severe philosophical differences between the host and the powers that be at Comedy Central.

Chappelle’s Show came hot out of the gate when it debuted with an episode featuring a blind, black white supremacist, and while we were only treated to a total of 28 installments before it came to a close, Dave Chappelle put them to very good use on his way to establishing the series as one of the funniest and fearless sketch shows ever made.

As a result, fans of Chappelle’s Show got some great news last fall when it hit streaming services including Netflix and HBO Max. However, the comedy legend was less than thrilled with that particular development, as he called for his supporters to boycott the series after revealing he didn’t receive a single cent from the deals.

Netflix quickly acquiesced to the man who’s received $20 million for each of the stand-up specials he’s filmed for the platform by removing the series and HBO Max quickly followed suit, but now, we’ll be able to get our Chappelle’s Show fix on the former, as the host of it recently revealed he’s finally secured the rights to the project he abandoned over 15 years ago in addition to a nice little paycheck.

Early on Friday morning, Chappelle posted a clip of one of the outdoor shows he’s been holding over the course of the pandemic, where he gave the events that unfolded in Washington D.C. on January 6th his signature treatment before revealing the big news.

Chappelle thanked fans for following his calls to not watch the show as well as Netflix CEO Ted Sarandos for taking it down at his request before providing some insight into what went down afterward. While he’s long admitted he willingly ceded the legal rights to Comedy Central, the two sides have finally agreed to a truce, as he gave props to its parent company for “making the past right” by giving him back his creation before emphatically closing the set by saying, “After all these years, I can finally say to Comedy Central: “It’s been a pleasure doing business with you.'”

It’s good to have you back, Dave.